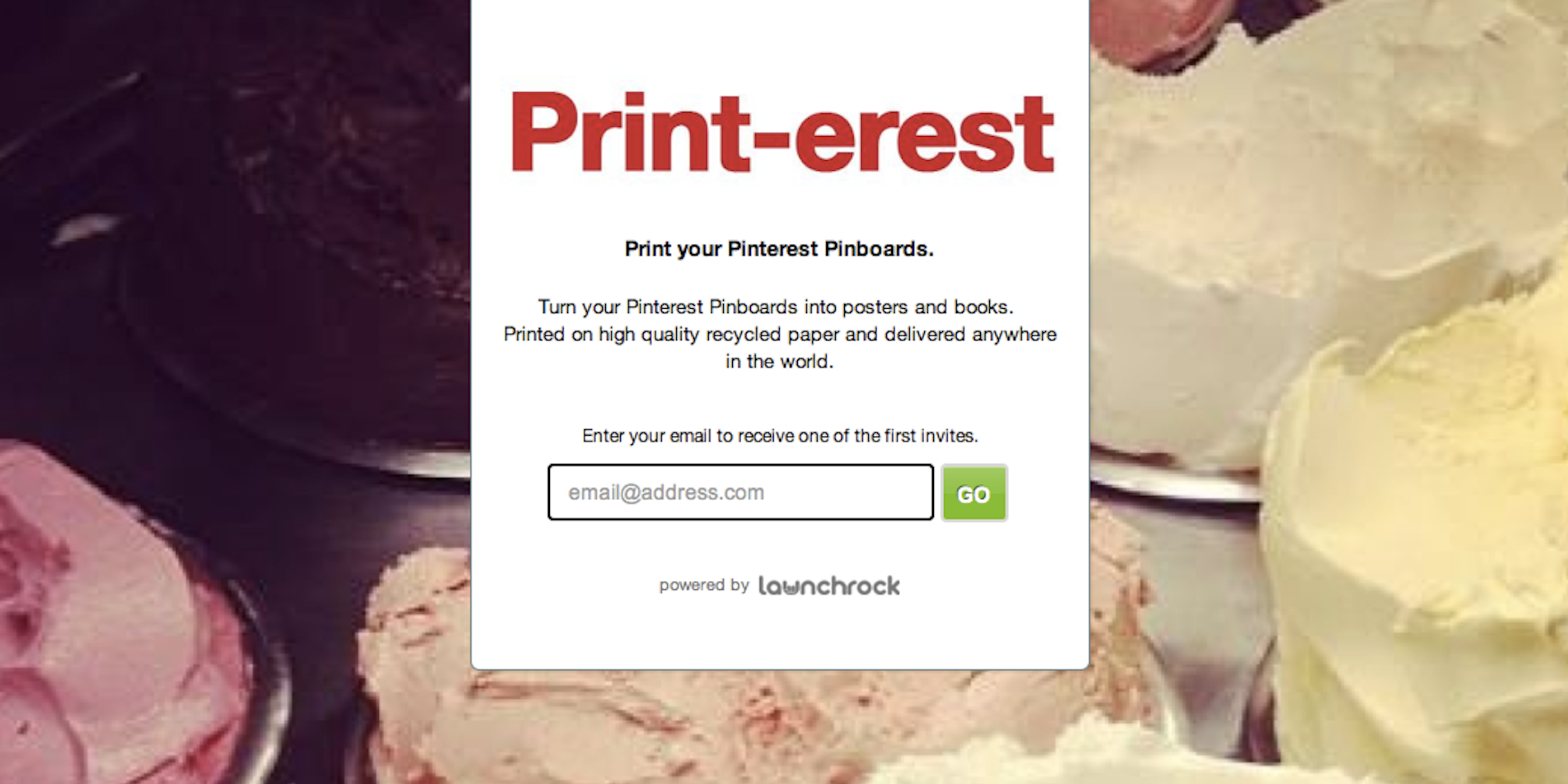 Pinterest told the world what it thinks of Print-erest. But the latter isn't budging.

In an unprecedented move, Pinterest took to its Facebook page to publicly denounce a Pinterest-inspired service—Print-erest. Now, that  service is speaking back.

“We dont plan to allow people to print copyrighted images,” Print-erest’s organizer told the Daily Dot on Facebook. “Obviously that would get us into serious trouble.”

Print-erest is inspired by, but unaffiliated with, the social network itself. The site, which is currently invite-only, will allow users to “turn your Pinterest Pinboards into posters and books.” The company told us it’s “amazed” Pinterest called it out.

“They are obviously feeling the copyright pressure,” Print-erest said.

Print-erest is just one of several Pinterest-related services that capitalize off of the image-sharing network’s success. Other services include a Pinterest statistics score, a user directory, even a print magazine made up of pins.

While Pinterest has let other sites slide, it specifically mentioned Print-erest after it caught wind of a rumor that the service was supposedly being offered by Pinterest itself.

Print-erest said this public disapproval has not affected its popularity.

“It hasn’t really effected [sic] our subscriptions or attention,” the organizer said. “We received 500 sign ups at 4000 visitors in the first 2 weeks just through social sharing.”

Print-erest told the Daily Dot that it has also received a cease-and-desist order from Pinterest but does not plan to do anything about it.

“They also recently sent us a lawyers letter asking for the hand over of own domain which I have refused,” the organizer told us. “As we’re pretty sure they don’t have the grounds to do that.”

Print-erest said its end goal is to sell pinboard prints to users, but the company insisted that it will not take any action until it gets the approval of content creators and access to Pinterest’s API.

“What is most interesting is the assumptions that are being made,” the organizer said. “Our site is still being built.”