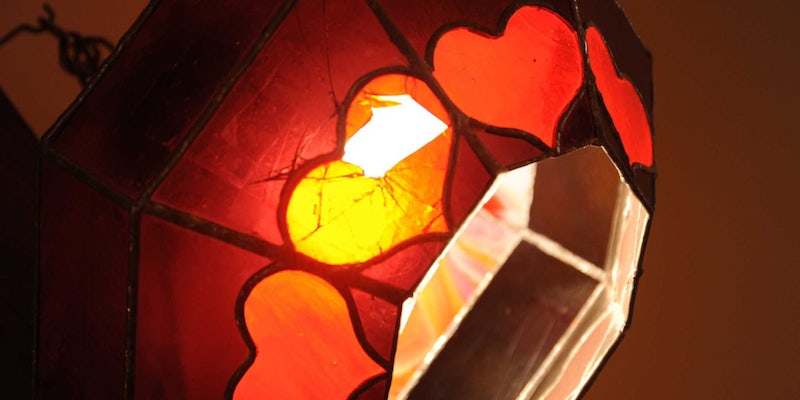 Creator of Romantimatic app gets vilified by outraged lovers

Apparently, the destruction of love is going to come at the hands of a $1.99 iTunes purchase.

This is the age of the dating app—nay, the hookup app. There are a variety of digital ways to help you get laid. One-name, one-purpose apps like Tinder, Grindr, Down, Skout, and Pure make no excuses or apologies for their operation. They are for casual dating and no-frills sex (if that’s what you’re into). If you happen to come out of the whole thing with a new significant other, or even a months long romance, fantastic— but if you just want a date-night quickie, well then you’ve come to the right place.

It’s a great time to be single, technologically-speaking. The app market is happy to design you a number of fun, visually interesting ways to essentially shop for other singles, plying you with colorful algorithms and assessments that line you up with matches. The Quantified Self movement is having an effect on sex and dating, which is confusing because those things involve two people, so it’s more like Quantified Selves… but hey, it’s fun, and everyone loves a good personalized infographic.

In the midst of all these single-and-ready-to-mingle apps, though, there’s been a quiet call for apps that target the monogamous. While there are a few options out there, they are more appealing for long-distance daters, not specifically for couples who see each other on a regular basis, much less lives together.

But when someone made one, the Internet tore it to pieces. Greg Knauss is the developer of Romantimatic, an app that reminds you to send messages to your significant other. The idea is that we’re a distracted generation, and Romantimatic pops in to gently remind you that it’s time to send an “I love you” to the person you care about. 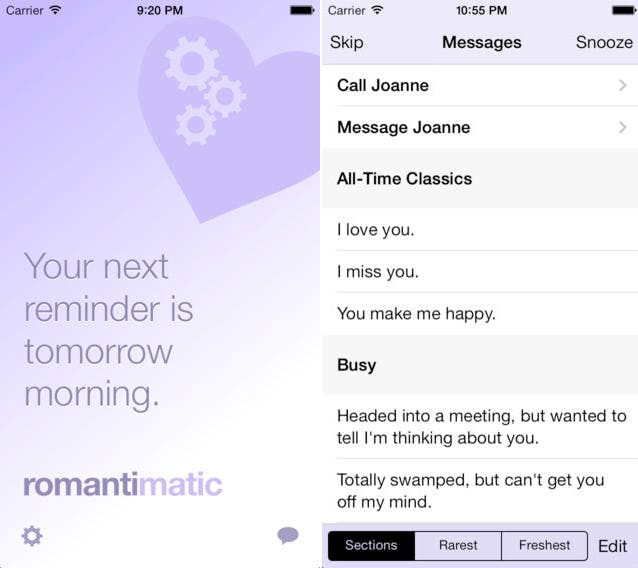 It’s a simple app, and it’s not going to revolutionize relationships. Knauss didn’t expect it to. He didn’t, however, expect the Internet to vilify him. In a blog post, he explained how various corners of the Internet decided he and his app were ruining love:

The criticisms, with varying degrees, all come down to the same sentiment: If you need or want this app, you are a bad person, and you should feel bad about yourself. This is not a rational argument—it’s an emotional one. I don’t believe, in fact, there is a rational argument to be made here, against the app. It’s not evil, by any sane definition of the word. It’s not hurtful. It does not do damage to the user or to others. Everyone who has argued so vehemently against it could have just as easily quietly noted its existence, decided it wasn’t for them, and moved on, without moral obligation or qualm.

Romantimatic was low-hanging fruit to the tech and Web-minded media for a few reasons: It’s trendy, because sex and dating apps are trendy. It’s emotional, because sex and dating are emotional. Whenever you can talk about a piece of technology that plays with matters of the heart, the claws come out and are difficult to retract. We have visceral reactions to such things, and they are generally unfounded and dissipate quickly.

Of course, his intentions were good. “I wake up every day with the intention of doing all sorts of stuff—call friends, talk to my mom, do something sweet for my wife—and then, bang, it’s suddenly nine or 10 hours later and the sun is going down and I’ve gotta get home,” he told me via email. “All any of it takes is a few minutes, and I got tired of failing to manage it.” He says he plans to keep using it, too.

“But, woo.  The bad meta-joke here is that only an oblivious dork wouldn’t see this coming, the kind of guy who needs an app to remind him to text is sweetheart, but I had zero clue.  With everything else there is in the world—along every point of the awful-to-wonderful spectrum—that so much attention was paid to a silly little iPhone app (which in no way affects the people who don’t choose to use it) seems faintly ridiculous.

It shouldn’t have to be said, but Romantimatic isn’t going to ruin love. Don’t expect a sweeping number of apps that automate your relationship to surface. Really, those already exist in the form of Facebook birthday reminders, Gcal notifications, and Amazon emails that notify you it’s time to buy holiday gifts.

Put down the pitchforks, and stop worrying: No app will ever be able to take human intricacies and quirks out of our relationships entirely. And if it does, we’ll probably be too far gone in the AI revolution to notice.