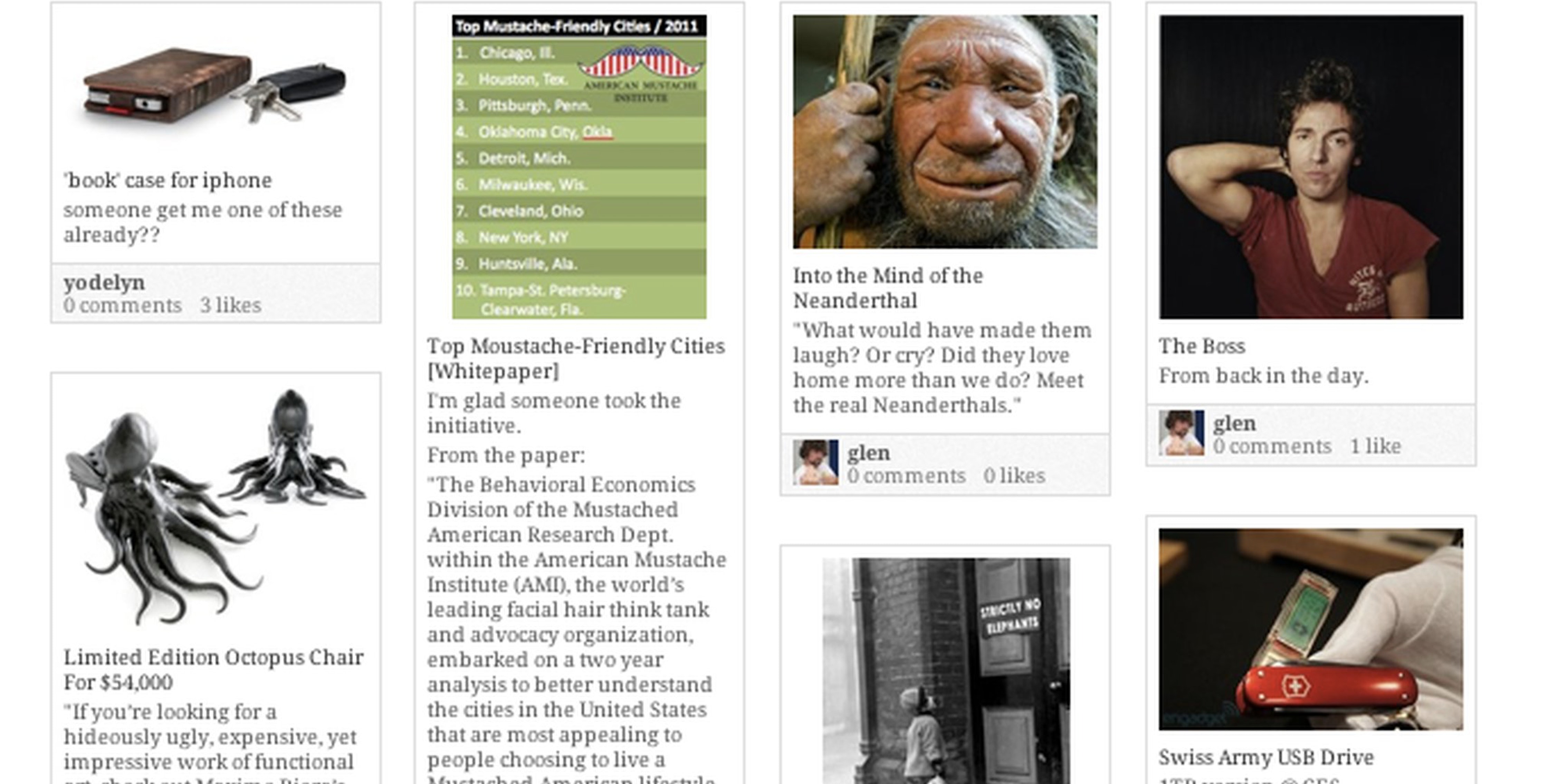 Anyone can use Pinterest to create pinboard collections of any visuals that catch their eye, but the demographics say it all: the image-sharing site’s user base is 58 percent female.

This new site is already making a name for itself as Pinterest, but for men. Manly men. Unlike the designer shoes and DIY projects you’ll likely see on Pinterest’s front page, here users share testosterone-charged photos of boxers and trucks.

“Nothing against Pinterest, but it’s definitely not a site built for men,” cofounder Glen Stanberry told the Daily Dot. “We wanted to build something that was almost the opposite, focusing on fun stuff that gents would like.”

Stanberry and brofounder—sorry, cofounder—Brian McKinney said Pinterest was a primary inspiration. The site gets its bulletin-board style and one-click image posting from its predecessor.

“The idea came—as all good ideas do—after visiting Pinterest and seeing too many pictures of wedding veils and thinking ‘Man, I wish there was something that just had cool stuff that I would like.’ And here we are,” he said.

The Lawrence, Kansas Web designers, who are also coworkers at their day jobs, got to work. Their goal was to create the entire website in a single day.

“We decided on the basics and took 12 hours and worked like crazy. At the end of the day, we hit the proverbial ‘publish’ and we had a pretty basic site up at Gentlemint.com,” he said.

“Right now we have a very small, enthusiastic user base, as we just started handing out invites in the last couple of days,” he said.

But unlike Pinterest, there is no waiting period. This reporter got an invitation 20 minutes after requesting one.

The site’s invitation algorithms did not appear to detect this reporter’s gender—or if they did, they did not express a robotic qualm.

What does Gentlemint think of gentlewomen requesting to join the site?

According to Stansberry, Gentlemint has less to do with gender and everything to do with posting items around the same theme.

“When we were designing the site, we just kept having fun with the idea of the manly mustache and elements like that so we went with it. It’s supposed to be fun and make people laugh and that is gender-neutral,” he said.

“That said, if you post links that aren’t manly—perish the thought!—it probably wouldn’t make it to the homepage. Or at least stay there very long.”

It’s downright Darwinian out there in the Gentlemint jungle.