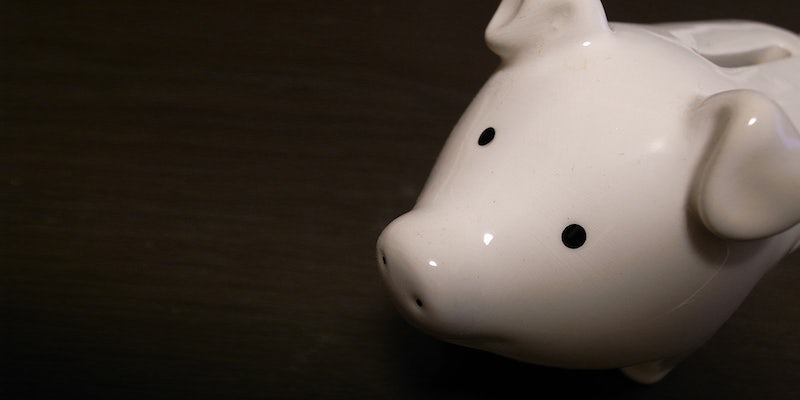 Bitcoin is the offshore tax haven of the future

Bitcoin could become the weapon of choice for tax evaders.

During the 2008 election, much hay was made of GOP presidential candidate Mitt Romney’s stashing millions of dollars in Cayman Island investment funds as a way to avoid paying taxes. According to an essay published earlier this month in the Michigan Law Review, University of Florida law professor Omri Marian predicts future electoral contests may see similar charges hurled at the next generation of well-coiffed plutocrat candidates—except with a virtual wallet full of bitcoins in the place of a P.O. box in a sunny Caribbean locale.

Titled “Are Cryptocurrencies ‘Super’ Tax Havens?,” the article points to how the very nature of Bitcoin, combined with a recent shift in how the United States government deals with foreign banks shielding U.S. citizens from taxation, has the potential to make encrypted, electronic currencies the “weapon of choice for tax evaders.”

Traditional tax havens are countries with two defining features: small or non-existent tax rates and strong bank privacy laws. Not only does Bitcoin share these characteristics, but it adds a third benefit. If someone wants to hide money in a tax haven, they still need to do it through a financial institution operating in said tax haven. It may seem like tax evaders are floating up to a sandy beach and depositing a load of treasure in a nondescript hole in the ground, but they’re actually depositing that money in a bank. That bank is the weak point in the whole system. If a citizen’s home government twists the arm of the bank to hand over information about its account holders, those account holders could be forced to pay up.

Bitcoin doesn’t have this problem because, by definition, it can be exchanged directly from one computer to another and then held in anonymous online wallets without a third-party financial institution ever touching it.

First introduced in 2008, Bitcoin is an electronic currency that, unlike most other forms of money, isn’t issued by a government or other central authority. Instead, Bitcoins are “mined” by users who employ software to solve extremely difficult math problems. The Bitcoin software is programmed to continually allow for the increase of the number of Bitcoins introduced into the money supply until the year 2140, when the process is scheduled to stop and no more new Bitcoins will be created.

“If I’m a tax evader and I want to hide money from my government, I know that if I hold any money in the Cayman Islands, my home government may eventually get to it,” explained Marian. “But, if I hold Bitcoin—and I believe in the security of Bitcoin—I know no one can get it.”

According to a report by the Congressional Research Service, the United States loses between $40 and $70 billion in tax revenues annually due to unreported earnings stashed in tax haven bank accounts. Globally, the Tax Justice Network estimates that figure soars up to somewhere in the neighborhood of $225 billion per year.

Tired of losing all that revenue, a Democrat-controlled Congress passed the Foreign Account Tax Compliance Act in early 2010. The law gave foreign financial institutions two options: they could disclose information about accounts held by U.S. citizens and green card holders or be hit with a 30 percent tax liability on all payments coming from the U.S.. The banks brought in their home governments and generally found ways to provide the U.S. with the information it wanted without breaking their own financial privacy laws.

Marian noted it’s too early to tell how much the law, which goes into full effect next year, is decreasing traditional forms of tax evasion. But it’s likely to trigger a large response, giving individuals and organizations unconcerned with following the letter of the law incentive to look for new ways to skirt Uncle Sam.

Marian admits Bitcoin tax evasion likely isn’t happening on a very large scale at the moment, simply because aren’t enough Bitcoins to hold the necessary amount of value. The total net worth of every Bitcoin in existence is currently about $1.63 billion—a tiny fraction of the money tied up in worldwide offshore tax evasion. However, as both the use and number of Bitcoins in the market grow, the strategy is likely to become increasingly common. Marian argues that governments looking to combat tax evasion need to get out in front of the issue. “If we think tax evasion is bad and we want to stop it, the time to act is now before it becomes widespread,” he said.

Additionally, it’s unlikely many large, publicly traded companies would seriously look at Bitcoin as a tax avoidance strategy. Large investments in Bitcoins would probably be difficult to keep hidden from the IRS auditors encamped in most big corporations. Granted, it may be a different story for high-net-worth individuals or private organizations not subject to the same level of scrutiny.

A report put out by the U.S. Government Accountability Office earlier this year recommended the IRS start providing information to taxpayers about the reporting requirements for virtual currencies. It’s a step in the right direction, but Marian insists it’s not nearly enough.

He argues there are two options: the government can either exclusively take on the illegal side of Bitcoin or act against the entire currency itself. The former, Marian says, is more difficult to accomplish. The latter would, in the process, also eliminate all of the positive aspects of Bitcoins. The U.S. government could make the Bitcoin illegal, discouraging its use, or devote its massive computing power to mining a large quantity of bitcoins, thereby taking most bitcoins off the market.

However, Marian proposes a better way forward. “Most Bitcoin users don’t exclusively deal with bitcoins, eventually they’ll their electronic currency for one issued by a government through an exchange,” he explained. “The government could go after the exchanges as a way to ensure people pay taxes on bitcoins. Since the exchanges are located all over the world, international cooperation between governments would be crucial to making the regimen successful.”

Officials from the IRS were unable to comment on the efficacy of Marian’s suggestion. The agency’s press office is currently closed due to the government shutdown.