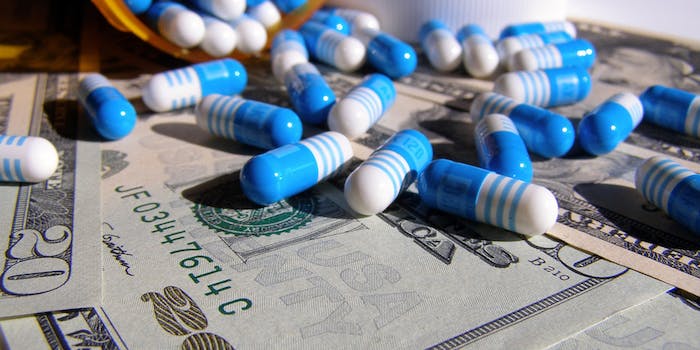 How Big Pharma is using the Internet to fool you

Drug companies don’t want you to buy off-brand versions of their products, and a widespread Internet deception campaign is being used to make sure you don’t.

In a recent study published in the Quantitative Social Work journal, researchers claim to have identified an Internet-based smear campaign that aims to discredit generic drugs in favor of branded ones. “We have detected an explicit communication strategy with a clear objective: to create risk perceptions and discourage their social acceptability,” said study author Miguel del Fresno.

When a pharmaceutical company develops a drug with commercial promise, they slap a patent on it. Almost all drugs were patented at one time or another. Bayer even patented aspirin back in 1900. But patents eventually expire, at which point the drug becomes fair game for anyone to synthesize and sell the active ingredient. These “generic drugs” have the exact same composition, quality, and effectiveness as an on-brand drug—the only thing they’re missing is the logo. Generic drugs are, on the other hand, cheaper than their branded counterparts and present an opportunity for health care systems to save money.

Del Fresno and fellow sociologists at the National University of Distance Education in Spain scrubbed articles, blogs, and forums published on the Internet between 2009 and 2012 for key words like “generics” and “generic medicines.” They then filtered out the false positives from the sample and randomly selected 3,692 expressed opinions on generic drugs for analysis. They uncovered several reoccurring untruths that Big Pharma perpetuates around the Web.

Their smear methods can be split into two categories: beefing up brand name drugs to exaggerate the consumer’s preconceived notion that they’re unique in some way, and casting a shadow of doubt on the quality of generic drugs. The term “innovative” was thrown around a lot as a description of branded drugs—an inaccuracy, says del Fresno, since it implies the drug is novel and offers something that another drug couldn’t, “which fosters the positive perception of branded drugs at the expense of generics,” he said.

The Spanish team also found an unnerving frequency of mentions of potential health side effects and a lack of efficacy regarding generic drugs—for which there is no proof. In fact, there’s a clear consensus in the scientific community in terms of the equal effectiveness and quality of branded and generic drugs, and the U.S. Food and Drug Administration mandates that generic drugs measure up.

Another common claim the study uncovered were debates surrounding the physical elements of a generic drug and implications that differences in the shape, color, and size of tablets may increase the health risks associated with generic drugs. One of the statements del Fresno came across compared generic drugs to fake perfumes, adding that variations in color and taste of the product could lead to side effects.

These tactics are also employed in other countries such as the U.S., says del Fresno. “Generic drugs are within a general communication battle in society, and not only in Spain,” he told The Daily Dot.

It’s worth pointing out that del Fresno’s findings aren’t exactly shocking—you could argue that Big Pharma has been playing the cyber-deception game for ages. Last year, author and professor of clinical psychology at the University of Liverpool John Read published research outlining the various trickeries employed by drug companies regarding erectile dysfunction treatments. Read believes that del Fresno’s findings are the result of a widespread and coordinated smear campaign by major pharmaceutical companies. “These are typical tactics used by drug companies to mislead the public,” he said.

Looking for a glimmer of hope? It would seem that lawmakers could be effective in turning the tide of this generic drug delusion. Del Fresno’s study showed more positive attitudes towards generics emerged towards the end of 2012, which coincides with decrees brought into effect by the Spanish government that enabled physicians to prescribe drugs by their active ingredient and not by their brand name.