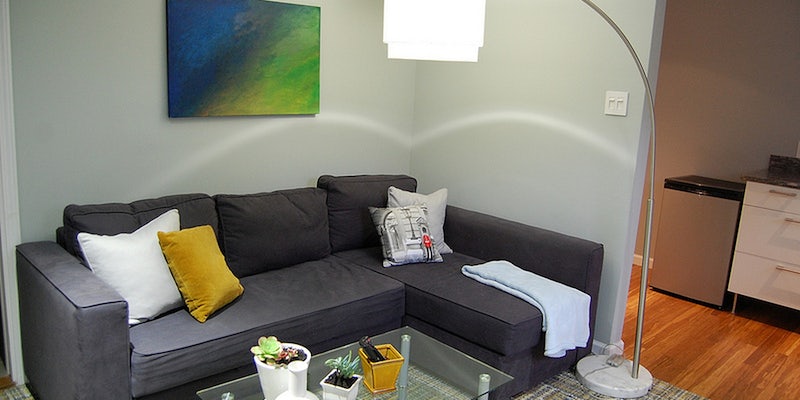 Does Airbnb have a racism problem?

A new study claims that Airbnb users are less likely to stay with black hosts.

Does Airbnb’s layout and user design make it easier for users to practice such bigotry? Two Harvard Business School professors say it does.

According to a reported entitled “Digital Discrimination: The Case of Airbnb.com,” negotiation, organizations, and markets specialists Benjamin Edelman and Michael Luca argue that the housing rental and vacation site’s propensity for rather large profile photos makes Airbnb users readily aware of the color of the homeowner’s skin. The result, they say, is that customers are less likely to rent homes from black hosts. As such, black hosts are forced to rent out their homes for less money—to the tune of 12 percent.

Their basis for this assessment rests on data pertaining to New York City landlords in 2012, a large but singular community and, as far as Internet years go, potentially outdated. Nevertheless, the two have maintained that “these differences highlight the risk of discrimination in online marketplaces, suggesting an important intended consequence of a seemingly-routine mechanism for building trust.”

The study falls in line with a similar assessment of online consumerism last month, which found that many shoppers are less likely to purchase items that are modeled by individuals with dark or tattoed skin.

Airbnb has responded with denial, telling Re/code the company is “committed to making Airbnb the most open, trusted, diverse, transparent community in the world” and reiterating that its “Terms of Service prohibits content that discriminates.”

“The data in this report is nearly two years old and is only from one of the more than 35,000 cities where Airbnb hosts welcome guests into their homes. Additionally, the authors made a number of subjective or inaccurate determinations when compiling their findings.” For example, Edelamn and Luca weren’t able to get reads on the number of bookings each property receives each year, a figure that could totally skew the data.

Edelman responded to that sentiment in an interview, saying simply: “The important thing is we have the same information available to us as potential guests.”

In their conclusion, Edelman and Luca argue that the best move for Airbnb might be to eliminating or reducing the prominence of host photos so as avoid the immediate reaction to a face that some people ultimately have.

“Particularly when a guest will be renting an entire property, the guest’s interaction with the host will be quite limited, and we see no real need for Airbnb to highlight the host’s picture.”