Robert Dean is a journalist, raconteur, and enlightened dumbass. His work has been featured in places like MIC, Eater, Fatherly, Yahoo, Austin American-Statesman, Consequence of Sound, Ozy, USA Today, to name a few. He’s appeared on CNN and NPR. He also serves as features writer for Hussy Magazine, and is editor in chief for Big Laugh Comedy, Texas’ biggest comedy production company. He lives in Austin and loves ice cream and koalas. 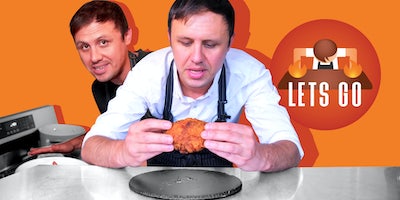 For ThatDudeCanCook’s Sonny Hurrell, absurd humor is the secret ingredient to his popular YouTube videos

'I have no idea how I came up with the sentient pepper grinder.'