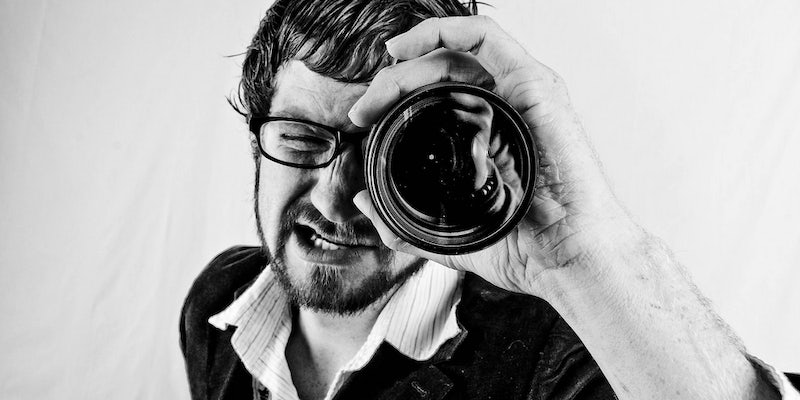 11 facts about white privilege everyone should know

White privilege in America is real—even if some people continue denying it.

In the decades since Wellesley professor Peggy McIntosh’s breakout essay on the topic, entitled “Unpacking The Invisible Knapsack,” the ongoing debate about white privilege has steadily crept from academic circles to mainstream conversations. Today, phrases such as #CheckYourPrivilege and discussions of racial and other forms of privilege over marginalized groups have since emerged, with laundry lists devoted to detailing how being a member of a dominant category of people comes with insidious social and institutional advantages that one may otherwise take for granted.

In other news, men defining if a thing is misogynist or not. #CheckYourPrivilege

I hate the fact that some people assume that if a cop stops a person of color they must have been doing something wrong. #CheckYourPrivilege

Now, even educators outside of universities are learning about how the issue of racial privilege not only takes shape in their classrooms, but also in the everyday lives of students of color, from preschool through the end of high school.

Some school districts, as a Fox News segment just highlighted last week, have spent thousands of dollars in recent years to implement trainings about privilege with instructors. And of surprise to no one, the same channel where Megyn Kelly tried to convince Bill O’Reilly that white privilege exists is still debating whether or not anyone should even talk about white privilege.

As Scott Eric Kaufman noted at Salon, Fox News “Outnumbered” co-host Harris Faulkner characterized white privilege as a nonsensical and divisive concept simply because she thinks there aren’t any cultural differences worth noting in the first place. “Recognizing different cultures and treating people differently… I thought our culture was American?” she said, having noted that one of the top spenders on teaching educators about white privilege is Baltimore County, the recent epicenter of national outcry about police violence against black people.

“That’s the problem,” Townhall’s Kaite Pavlich said on the panel. “Specifically in Baltimore, [where] one of the major complaints with the protests and the riots is that there is not a connection between the school districts and police to the African-American community. When you’re teaching in schools that disconnect—promoting that disconnect—how can you expect there to be any kind of understanding?”

There’s actually a lot to be understood about others while having an earnest discussion about an issue such as racial privilege. It’s about how people of different races experience life differently because of their heritage and because of how America’s institutions have been designed and composed since the country’s founding. Recognizing that each individual’s racial identity affects their life circumstances, there’s indeed room for empathy and community building. And, potentially, a move towards creating lasting solutions and values that could help solve issues that precipitate from racism on social and institutional levels.

Of course, many white people indeed encounter struggles with oppression—especially if they experience a disability or if they aren’t affluent, cisgender, heterosexual, male, or a member of a mainline religion, to name a few examples. These aren’t experiences to take lightly and the struggles should be affirmed. However, an individual can indeed have identities in a dominant group and others in a marginalized group, so each person copes with their own set of privileges and limitations; still, they shouldn’t be conflated with each other.

When it comes to oppression along the lines of race, however, it’s actually quite clear that white people are still treated much better than their counterparts of color.

A report from the Leadership Conference on Civil and Human Rights in 2011 concluded that police stop white drivers and pedestrians far less than they stop their counterparts of color. Programs in cities across the country such as stop-and-frisk have also been shown to disproportionately target black and brown people.

Elevated panic in a post-9/11 era has given way to people of Middle-Eastern descent being targeted for questioning and searches while flying, actions that reflect racial stigma irrationally tied to fears about terrorism.

3) When white people commit crimes, they don’t get covered as much by news outlets

Reporting on a study from the Sentencing Project, Richard Prince of the Root noted, “Television news programs and newspapers overrepresent racial minorities as crime suspects and whites as crime victims. Black and Latino suspects are also more likely than whites to be presented in a non-individualized and threatening way—unnamed and in police custody.”

ABC News reported that the April 2015 unemployment rate for black people hit a seven-year low of 9.6 percent. Still, it followed the trend of being roughly twice as high as the white unemployment rate, which currently stands at 4.7 percent.

5) Studies show that, all things being equal, “black sounding” names on job applications get passed up way more than names that are more mainstream

Researchers from the University of Chicago and the Massachusetts Institute of Technology released the results of a study last year, which revealed that “white sounding” names were 50 percent more likely to get a call back on a job application. That’s with the same resume and same qualifications—but just the sound of an applicant’s name can trigger racial biases.

In the U.K., the Daily Mail reported in 2012, “According to the National Crime Information Center, nearly 40 per cent of those who have disappeared, often in suspicious circumstances, are black. However critics allege that public attention mainly focuses on white women who have vanished.”

One hidden-camera study in Washington, D.C., underscored a trend that’s been noted in many major American cities. D.C.-based news station WUSA-9 conducted a year-long investigation that showed black people hailing cabs were much less likely to be successful in catching a ride compared to their white counterparts. It’s a trend that’s since been dubbed “destination discrimination,” where taxi drivers allegedly avoid driving to neighborhoods where they fear they’ll be targeted for theft or violent crimes.

According to a report from the Huffington Post, 2014 information from the Department of Education showed that “public school students of color get more punishment and less access to veteran teachers than their white peers,” which affects drop-out rates and educational outcomes for students of color.

Corporate workplaces, the military, public schools and many other institutions have come under scrutiny for instituting dress codes that discourage or sanction people who wear afros, braids, dreadlocks, or any variety of hairstyles that reflect one’s natural hair texture or cultural methods of upkeep. The policies primarily target black people—and even non-black people of color.

11) White people are overrepresented in the nation’s elected offices, in many police forces, in higher education, in Hollywood, and many other major institutions

An October 2014 report from the Women’s Donor Network showed that women and people of color only hold 29 percent of the nation’s estimated 42,000 elected offices. The other 71 percent, at the time, were occupied by white men. Many of America’s police forces based in communities of color have white officers vastly overrepresented in their ranks. In 2011, according to the National Center of Education Statistics, 79 percent of all full-time college faculty were white.

And according to an annual report from UCLA, people of color remain vastly underrepresented in Hollywood, which has implications for how people of different cultures get depicted (or not) in television and movies.

These examples reflect the current reality for how white people navigate life different than people of color. Explaining these situations, among many others that aren’t listed, can help start a conversation about why the inequities persist, and encourage more people to learn about the circumstances that continue reinforcing a dark history of racism.

It doesn’t have to be divisive—rather, an honest and candid conversation about what white privilege means can help people celebrate their differences and work together to create a more inclusive and fair environment of people of all racial backgrounds.

Photo via JesusMartinez/Flickr (CC BY ND 2.0)