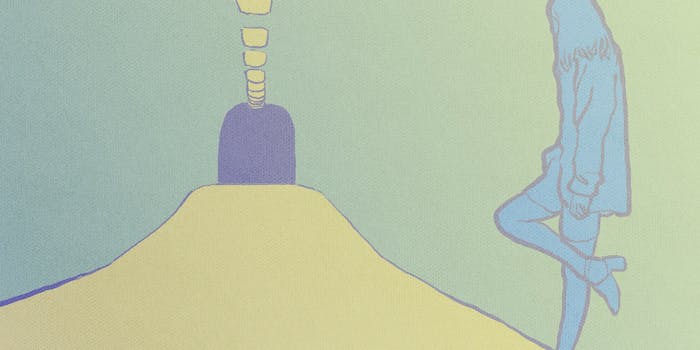 “It’s tough to see this unidentified prostitute as a victim.”

These are the words columnist Mary Mitchell wrote in the Chicago Sun-Times this past weekend about a 24-year-old sex worker who had reportedly been raped by a client. Take a moment and process those words: Mitchell is writing about a woman whose alleged rapist has been charged with aggravated criminal sexual assault. Although her alleged assailant has yet to stand trial, there is no reason to doubt that the young woman—whose identity is being protected—was indeed assaulted. In fact, there is plenty of evidence—including a series of damning text messages—to prove otherwise.

And yet, Mary Mitchell can’t wrap her head around the idea that this woman might be a victim. Why? Because the unidentified woman is a sex worker, and according to Mitchell’s logic, sex workers can’t be raped. Instead, Mitchell argues that we should view the rape of sex workers as “theft of services.” She then goes on to state that treating this case as sexual assault “minimizes the act of rape” and “mak[es] a mockery of rape victims”—people who, Mitchell claims, are “innocent wom[en] [snatched] off the street.” The Twitter backlash to these comments was furious.

Hey @Suntimes and @MaryMitchellCST: Publishing an article saying that the rape of a sex worker is "theft of services" is appalling.

The chilling details of the case itself, along with Mitchell’s remarks, show how little our culture values the bodies and lives of sex workers. According to Assistant State’s Attorney Kim Przekota, Roy Akins contacted the young woman through Backpage.Com and agreed to pay $180 for sexual services. But when the woman arrived at his house, Akins led her to an upstairs bedroom and raped her at gunpoint. Afterward, the woman fled and called 911, and Akins is now being held on $750,000 bail.

That Roy Akins allegedly felt he was entitled to access to the young woman’s body because of her job is an example of how routinely dehumanized sex workers are. If her statements prove true, Akins knew that what he was doing was harmful—surely the fact that he had to threaten her with a gun should have been evidence that he was doing something wrong—and yet he allegedly did it anyway.

The chilling details of the case itself, along with Mitchell’s remarks, show how little our culture values the bodies and lives of sex workers.

For assailants, the fact that a sex worker earns money by performing sexual acts means that anyone has access to their body under any circumstances. Such men view sex workers as impure damaged goods and, thus, not deserving of the respect and bodily autonomy they might grant to other people; because of their profession, sex workers have given their consent to submit to any and all sexual acts—including sexual assault. As Soraya Chemaly points out in Salon, that worldview isn’t rare, and in fact, it’s what motivates the act of rape itself: “Clearly it’s a function of power and entitlement.“

This case actually has much in common with how we treat sexual assault in general—and who we hold accountable. Instead of blaming the perpetrator or the rape culture that makes sexual violence commonplace, we often ask what the target of abuse could have done to prevent it. The fact of the survivor’s job only intensifies that scrutiny. In her editorial, Mitchell directly engages in this victim-blaming: “[W]hen you agree to meet a strange man in a strange place for the purpose of having strange sex for money, you are putting yourself at risk for harm.”

Mitchell is correct that sex workers face risks on the job. Many workers do. This is why we have workplace safety standards and groups that lobby for workers’ rights. But the fact that risks exist does not make it the fault of the worker if they are injured or killed.

Imagine if we applied Mitchell’s argument to, say, military personnel. there would be an enormous pushback against anyone who, say, wrote in an editorial that it’s awful when innocent people are shot to death, but when you agree to go to a war zone for the purpose of armed combat, you are putting yourself at risk for harm. Imagine if someone framed the deaths of construction workers or miners as not being real tragedies because they should have known what they were getting themselves into. The families of construction workers and miners would react with outrage.

Of course, the difference is that we believe these jobs are morally superior to sex work, which our culture prefers to view as a crime rather than as genuine work.

Imagine if someone framed the deaths of construction workers or miners as not being real tragedies because they should have known what they were getting themselves into.

Sex workers face risks on the job largely because sex work is still illegal and unregulated. Because the work that sex workers do is often against the law, they are much less likely to report abuse or assault to the police. This, in turn, creates an environment in which violence against sex workers continues to occur. According to a 1990 survey conducted in San Francisco, 82 percent of respondents reported being physically assaulted as a result of sex work and 68 percent reported being sexually assaulted.

Why do so many people have difficulty seeing sex workers as rape victims? It’s because, too often, we see sex workers as criminals, instead of people who can experience pain and suffer the horrific effects of violence. In her op-ed, Mitchell assures us that she’s “not one of those women who believe rape victims are at fault because they dressed too provocatively or misled some randy guy into thinking it was his lucky night.” And if that’s the case, Mitchell—and everyone else who agrees with that sentiment—need to extend that same empathy to sex workers.

Sexual assault does not happen because of what someone wears or does for a living. It happens because rapists make the choice to commit rape. And all survivors of rape—no matter who they are or what they do—deserve our support. Rape is rape, whether or not you fit someone’s profile of what a perfect victim looks like.