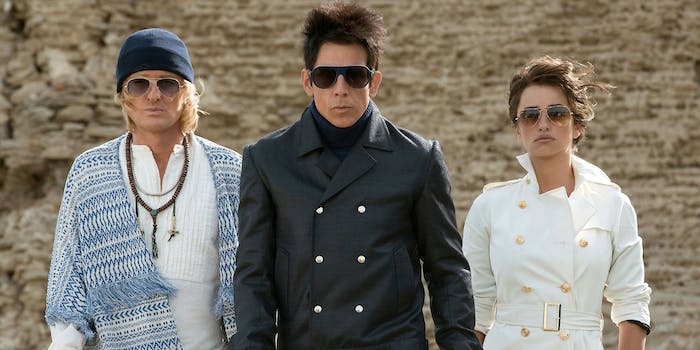 All is All, you guys.

Justin Bieber, a genderfluid Benedict Cumberbatch, and, oh, yeah, Ben Stiller and Owen Wilson, are turning heads in the new trailer for Zoolander 2 as surely as Blue Steel first did in 2001.

Cumberbatch, whose cameo as an androgyne model predictably outnumbers all other GIFs of the film on Tumblr by orders of magnitude, steals the trailer as the mysterious “All,” while Penélope Cruz, Will Ferrell, and Kristin Wiig all put in eye-catching appearances.

All in all, though, they’re nothing to the return of Derek and Hansel, crime-fighting male model duo extraordinaire.

So far, just from the trailer, we can tell the sequel will contain more of everything we loved from Zoolander, up to and including the diabolical foamy latte: