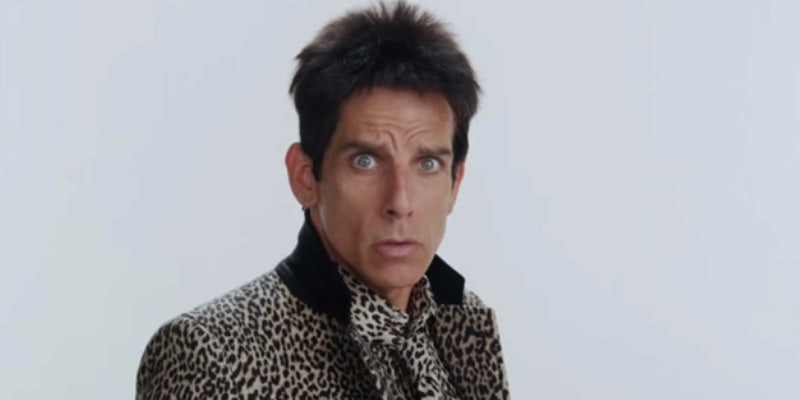 It's so hot right now.

Whip up an orange mocha Frappucino and get ready to watch the latest teaser for the upcoming Zoolander sequel.

The official teaser released by Paramount Pictures doesn’t give us a whole lot of information about what to expect from the sequel that fans have been anticipating for nearly 15 years. We do know that, according to IMDb, all of our favorite characters will be returning: Mugatu, Hansel, and Matilda (or Matil) will be gracing the sequel with Ben Stiller’s titular character to hopefully give us quotes to use for years to come. They’ll also be joined by Olivia Munn and Kristen Wiig in roles yet to be revealed, and even the Biebs is getting in on it.

In the meantime, we have a new one to add to our repertoire: “If God exists, then why did he make ugly people?”

I guess we have a lot of things to ponder.