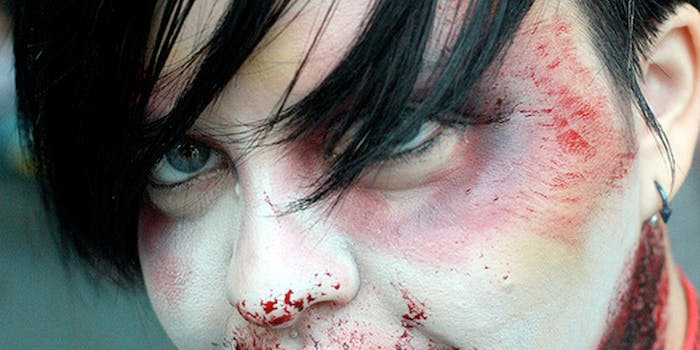 Redditor Vidzilla has used the social news site as a medium for an ongoing and interactive narrative about a zombie apocalypse.

The zombie apocalypse is upon us—at least according to Reddit.

Through the use of creative storytelling, redditor Vidzilla has been chronicling the fictional zombie apocalypse in daily increments on the social news site’s  subreddit dedicated to zombies. And the author has amassed quite a following, with each daily installment receiving at least 1,000 upvotes and an average of 95 comments per post.

The story began on New Years Day, with a screenshot of a text message exchange. 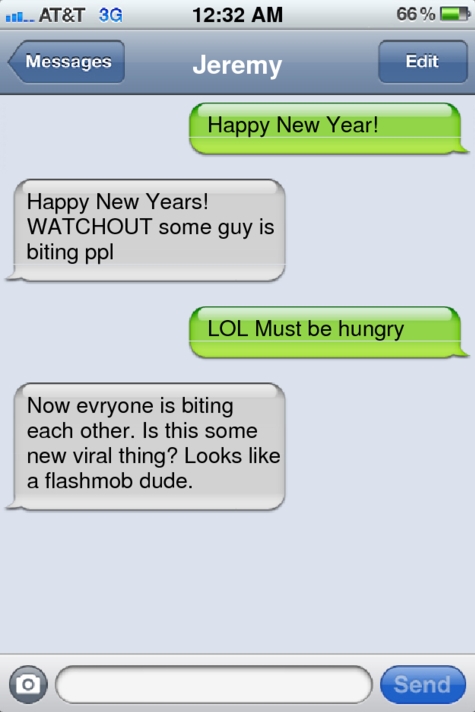 Redditors, unsure of what was to come, wondered if it was a joke.

For the second post, Vidzilla kicked it up a notch, including a news article about rabies, a Facebook update, a tweet from the National Terrorism Advisory System, and a photo of birds leaving an area en masse.

Day three followed with an Instagram photo and a screenshot of a chat-roulette encounter.

“On the first day I lol’d, on the second day I thought hmmm… now i’m getting worried maybe these arent just a series of pictures for the sake of randomness but is actually someone collecting data day by day of a zombie holocaust that is happening now sharpens blade”  wrote el_tonio in the comments section. His comment was upvoted 28 times.

Other redditors were less paranoid, writing encouraging comments, such as “loving it” and “this is seriously awesome.”

Day four saw the National Guard roll into Chicago without explanation, Kobe residents evacuated due to a “gas leak,” and an email exchange between two scientists.

Despite the obviously doctored news articles and social media updates, some redditors seem convinced—or at least eager—to play along.

“Alright fuck this. I just bought $200.00 worth of wood and nails in case I have to board the house up. Also, I’m avoiding large crowds, not going out after dark and I will kick any mother fucker in the face that comes staggering towards me,” wrote BeerWarden on day five. 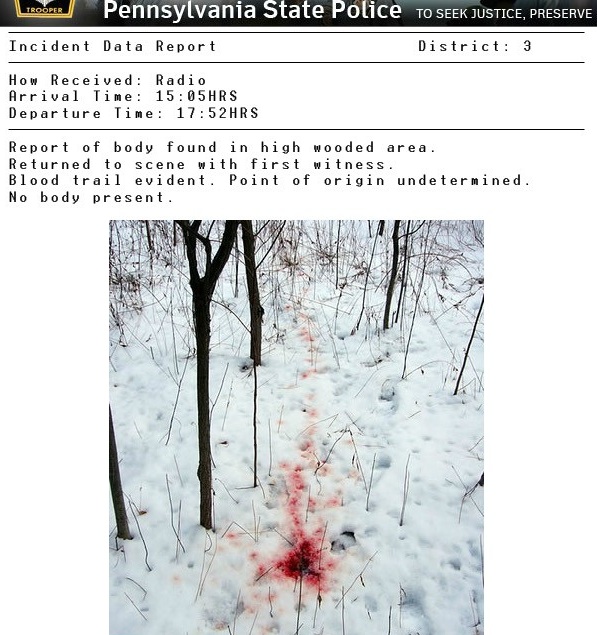 As the story has progressed, various nations have declared to be in a “state of emergency,” and the zombie-inducing virus was finally given a name. But the Daily Dot doesn’t want to ruin the story for you. Click the following links at your leisure… if you dare:

What will happen today on the 13th day? Will the world divulge into madness? How long will Vidzilla keep this up?

The Daily Dot will continue monitoring the situation.