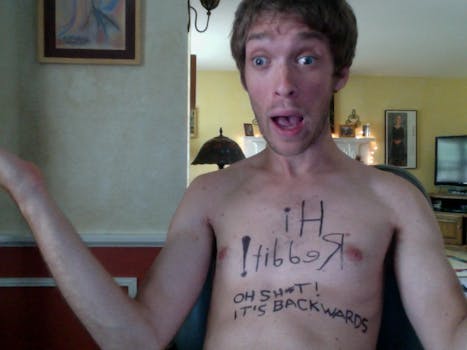 Zach Anner teams up with Reddit for travel show

Anner, the comedian with cerebral palsy who took the Internet by storm last fall, has returned with a new travel show backed by Reddit's Alexis Ohanian.

Remember Zach Anner? The YouTube funnyman with cerebral palsy made Internet headlines last fall when millions of online voters picked him to get his own travel show on the Oprah Winfrey Network (OWN).

But shortly after “Rollin’ With Zach” debuted, the Internet forgot about this comedian for a while. Perhaps because his most loyal fans on YouTube, Reddit, Twitter, and 4chan don’t watch OWN, the show got canceled after just six episodes.

Now Anner has a new plan. Instead of making the Internet come to him, he’s taking his show to the Internet. He’s teamed up with Reddit cofounder Alexis “kn0thing” Ohanian to create “Riding Shotgun,” a crowdsourced online travel series.

“I didn’t just want to make ‘Riding Shotgun’ on the Internet, I wanted to make it with the Internet,” Anner said in a promotional video.

Ohanian told the Daily Dot that he had been chatting with the comedian ever since his OWN audition video made Reddit’s front page.

“I’m pretty sure I reached out to him just to say how awesome he was,” Ohanian said. “When I heard his show got canceled I was bummed, but not terribly surprised, so we started scheming about how Breadpig could help get him back—and with an ideal format!”

Now Ohanian’s latest startup, Breadpig, which makes and publishes “geeky things,” will help Anner monetize the show with everything from t-shirts to brand sponsorships.

But when it comes to the actual content of the show, that’s not up to Ohanian or even Anner. It’s up to the Internet. Redditors can subscribe to r/TheRealZachAnner to submit and vote on US and Canadian cities for Anner’s show to visit.

On Wednesday, Anner began an AMA on Reddit in order to drum up publicity for the new show. In the process, the Austin based comedian has already found fans as high profile as Cyanide & Happiness cartoonist Rob DenBleyker.

“I want to make a travel show that encapsulates all the awesomeness of the Reddit community,” Anner wrote. “I want to incorporate your unique perspectives and experiences. And I want you guys to both guide the journey AND experience it with me.”