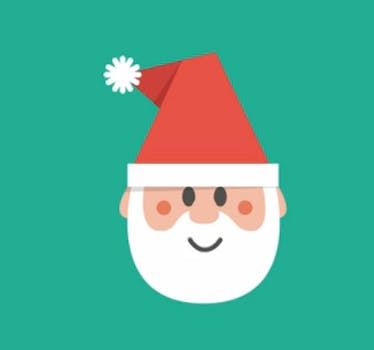 Christmas cheer should be omnipresent, even within the dark depths of the trolling hotbed that is the comment section of YouTube videos.

Christmas cheer should be omnipresent, even within the dark depths of the trolling hotbed that is the comment section of YouTube videos.

It turns out that’s now possible, all thanks to YuleTube, a new Web browser extension that specializes in turning naughty comments into nice ones. To put it in the parlance of Christmas, the extension turns Scrooges into Tiny Tims.

The extension was created over the weekend by a production studio called Nation and works swiftly and without any hassle. All you have to do is download the extension here—YuleTube works on Chrome, Firefox, and Safari—and then load up a YouTube clip.

To test it out, we turned to a YouTube comedian Steve Greene’s “Sexy Santa Poops Herself Prank,” a three-minute clip with enough vulgarities within the video to elicit at least a few off-color remarks in the comments section.

Sure enough, YuleTube did the trick.

We can’t be completely sure what each commenter was writing now that we’ve turned the extension on, but surely Wouter Neinckx wasn’t complimenting Sexy Santa’s “Coal” when he wrote “Ayyyy gurll i like yo _____ … wanna make out?”

Just the same, it’s quite unlikely that Robby639 admitted to “coal[ing] himself” after watching the video.

No matter. Thanks to YuleTube, even the greatest Grinch is now magically whisked into the wonderful world of Whoville, where poop is coal and pranks are presents.