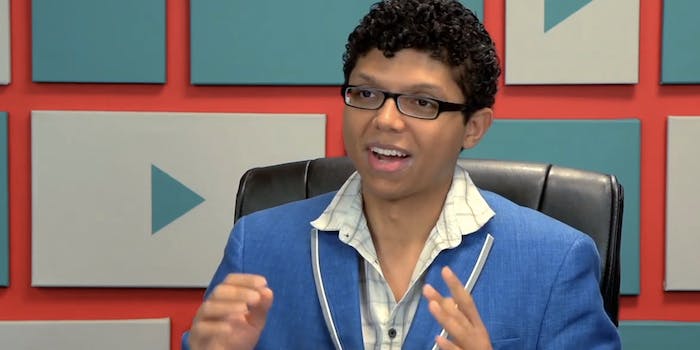 Is there enough room in the digital sandbox for big TV names and big YouTube stars?

Jimmy Fallon has a successful YouTube channel, but that doesn’t make him a YouTuber, at least according to the latest YouTubers React video from TheFineBros.

Fallon’s channel has more than 6 million subscribers and 2 billion views, and many sites (including this one) feature his content on a regular basis. TheFineBros’ reaction series turned its attention to Fallon by having YouTube’s top stars react to and comment on the Tonight Show host’s success.

While many YouTubers are turning to TV themselves, they still see a clear divide between content that originates on YouTube and content that is coming from mainstream media and finding a home on YouTube. While they realize that shows like The Tonight Show or Ellen or Jimmy Kimmel Live have a place in the digital landscape, they don’t feel like they’re the same as YouTubers who build a true community on the platform.

Tellingly, all the YouTubers say they don’t watch traditional TV unless it’s on the web, and they don’t feel like the YouTube successes of traditional TV clips are driving young viewers back to that old platform. On the flip side, they see the TV clips driving TV viewers to web content in general, which could help the native YouTubers.

In the end, the YouTubers make a plea directly to Fallon and his fellow TV folks, asking them to collaborate with the YouTubers instead of just creating content in a TV vacuum.