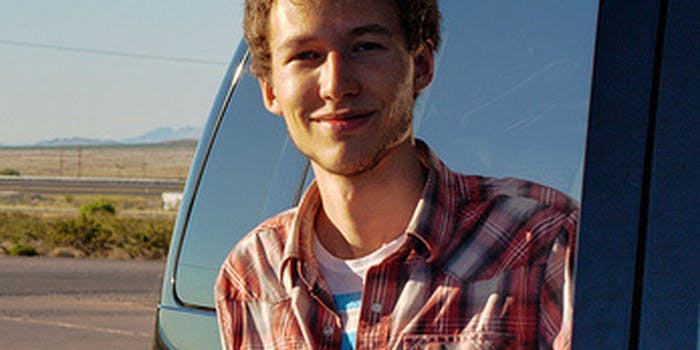 Nick Bertke doesn’t hear things the way the rest of us do.

In the ordinary bustle of everyday life—the ruffling of an air conditioner, the creaking of stairs, or the rhythmic drip of a rain gutter—the Australian remix artist detects an alternate possibility, a world of music waiting to be discovered and reconstructed.

“I’ve always detected these small sounds,” Bertke relates over Skype from his home in Perth. “I thought it would be cool to find those key elements that stick out to me and put them together into some kind of jigsaw.”

It’s an art he’s mastered over the past decade. Under the alias of Pogo, the 24-year-old has become YouTube’s premiere DJ, creating wondrous, alternative soundtracks using themed samples from various television shows and films. His pop-culture mash-ups of Lord of the Rings to The Fresh Prince of Bel-Air and Dexter have garnered nearly 55 million cumulative views.

“I grew up with Dumbo and Pinocchio,” Bertke says without a hint of irony or pretense.

“They seem to have been with me as long as I can remember. Alice in Wonderland has always encapsulated me in some way. It’s always had this very mysterious vibe and atmosphere. And then of course you’ve got the soundtrack, which is full of these quirky beeps and bops—all of these great little stabs that you just will never hear in a movie these days.”

Those same characteristics have become a hallmark of Bertke’s style, just in a different way. His productions ebb and flow in a wash of samples and hypnotic beats. And nothing is off limits.   From the sounds of his mother’s garden to the pulsing streets of Johannesburg, South Africa, Bertke finds music everywhere.

Inspired early by the electronic music heard in computer video games, Bertke got serious about composing in his early teens, receiving training on piano and MIDI sequencing while drumming for a local indie band. He delved deep into the Nineties house scene, particularly the work of DJ Tonka and Theo Parrish, whose euphoric sensibilities and rhythmic persuasion still inform his work.

The brilliance of Bertke is that his productions are colorful and engaging—even outside the confines of YouTube. In fact, much like Symphony of Science maestro John Boswell, he’s released two digital, full-length albums along with a series of EPs, the most recent being 2011’s ambient delight, Wonderpuff.

“The music has to come first,” stresses Bertke, who created the majority of the videos on his channel, but recently employed a video editor YouTuber goldpikpikcarrots, who previously created several fan videos.

“If it’s not something that I want to put on my iPod and listen to over and over, it’s not worth bending myself over a computer many late hours into the night piecing together a video for.”

Bertke typically watches films anywhere from two to five times to find his various cues and samples, with each composition taking about three weeks to complete. Roughly half of his work is commissioned, including some of his most well-regarded tracks, such as Pixar’s “Upular” and his recent video remix of YouTube’s “Get More into Music” campaign for Australian artists.

The results have been easy to measure, with each installment receiving at least 50,000 views on YouTube. 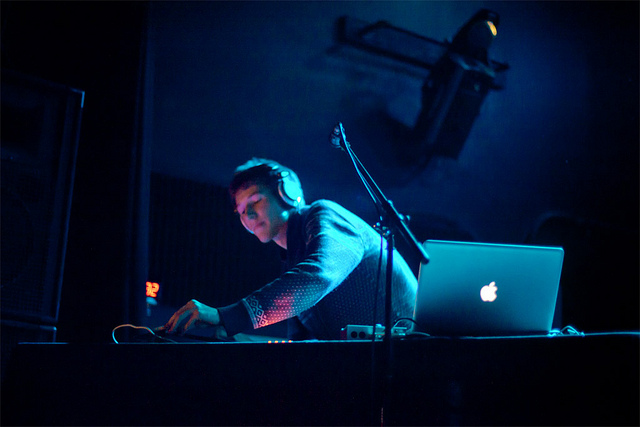 In the last five years especially, Bertke’s DJ name has become synonymous with the mash-up genre. A simple Google search reveals dozens of Pogo tribute videos on YouTube, and there’s a section of Turntable, the online music discovery site and chat room, called PogoMix, where users spin variations of his oft-imitated style around the clock.

While contemporary mash-up artists like Girl Talk work the festival and college circuits and his fellow YouTube stars (see the Gregory Brothers) are banding together for packaged tours, Pogo’s far more comfortable and content online—connecting with his fans.

“I’m finding being on stage pushing buttons for two hours gets a little tiresome and embarrassingly uninteresting,” Bertke deadpans.

Instead, he’s on Twitter and YouTube daily, scrolling through the digital airwaves, and he maintains a Tumblr blog, where many additional tracks available for download. More recently, Bertke’s joined Turntable, making guest appearances and teasing new works in the room that bears his name—a feat he accomplishes through a virtual private network. (Due to licensing complications, Turntable is currently unavailable in Australia.)

Existing only online presents unique complications, however. YouTube, in particular, he says, has a way of turning artists into “vending machines,” creating expectation for content creators to turn out fresh and familiar content for channel subscribers. He occasionally feels backed “into a corner,” trapped in the niche he’s developed.

But that stress doesn’t show in Pogo’s work. His two most recent videos, the Monsters, Inc. tribute “Boo Bass” and dreamy ode to Cinderella, “Sugarella,” capture the enchantment of the original films but in his signature style and should entertain children and adults alike.

“I would say that since I’ve begun, I’ve developed more of a habit of over-thinking things,” Bertke reflects. “You get to a point where you can’t release anything on YouTube without it being your latest and greatest piece.

Fortunately, it’s one Bertke has risen to time and again.