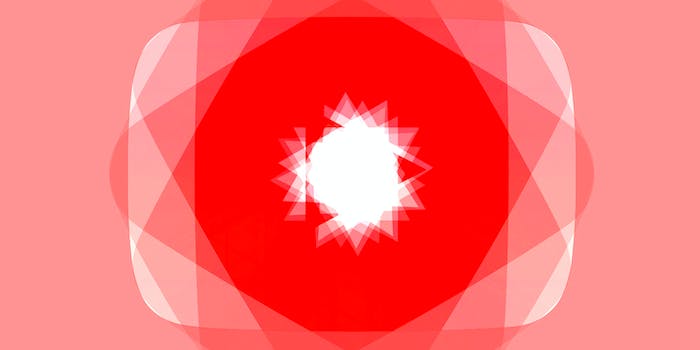 Can YouTube differentiate itself from the steep competition in the streaming space?

YouTube’s much-awaited music app is finally available for consumers starting today, and YouTube is banking on its ability to serve a diverse set of musical options to users as a way to differentiate itself from the steep competition in the streaming space.

The app’s design is clean, with only three tab options. First is Home, which greets you with your own personal station that continues to learn your preferences as you use the app. It also feeds you genre suggestions and personalized recommendations of new videos based on your search history. You can use a slider to determine how much variety you want in your music, from more like the original song selected to more diverse. 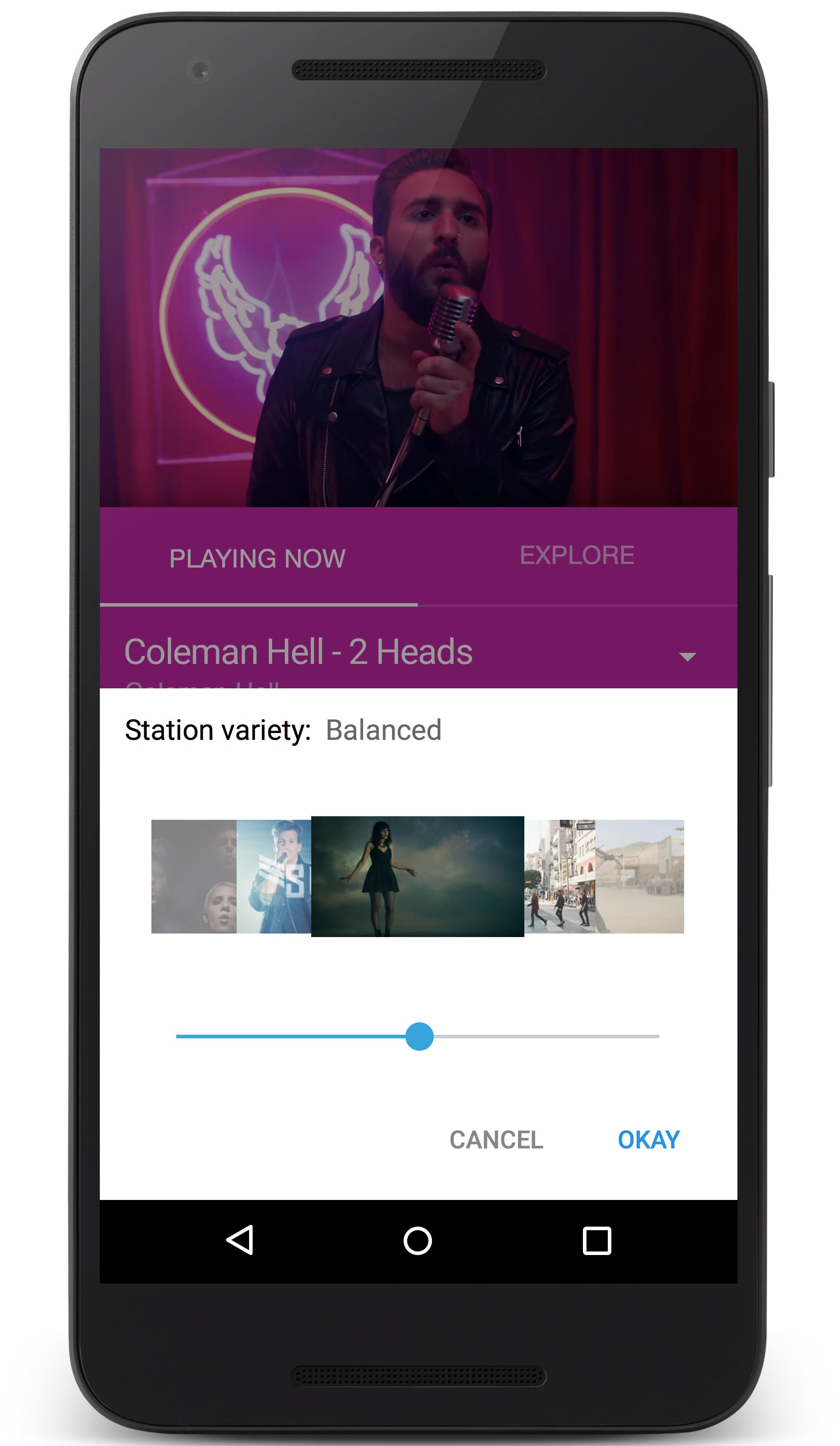 Users can adjust station variety with a slider.

The second tab is Trending, a place that’s a mixture of man- and machine-curated clips of the hottest music across YouTube at any given time. Finally there’s the Favorites tab, where you can store the songs you like for easy access.

What makes it different?

YouTube knows users want to access their music offline, and its solution is called a mixtape. After you set up how many songs or how much memory of your device you want to consume, the app downloads your liked songs and recommended tracks, space permitting. If you opt to download a new mixtape when you’re on a Wi-Fi connection, the playlist refreshes every 24 hours. If not it lasts for 30 days as-is before you need to download again. The mixtape function is designed for short-haul offline listening, not as a way to store all your favorite music forever. 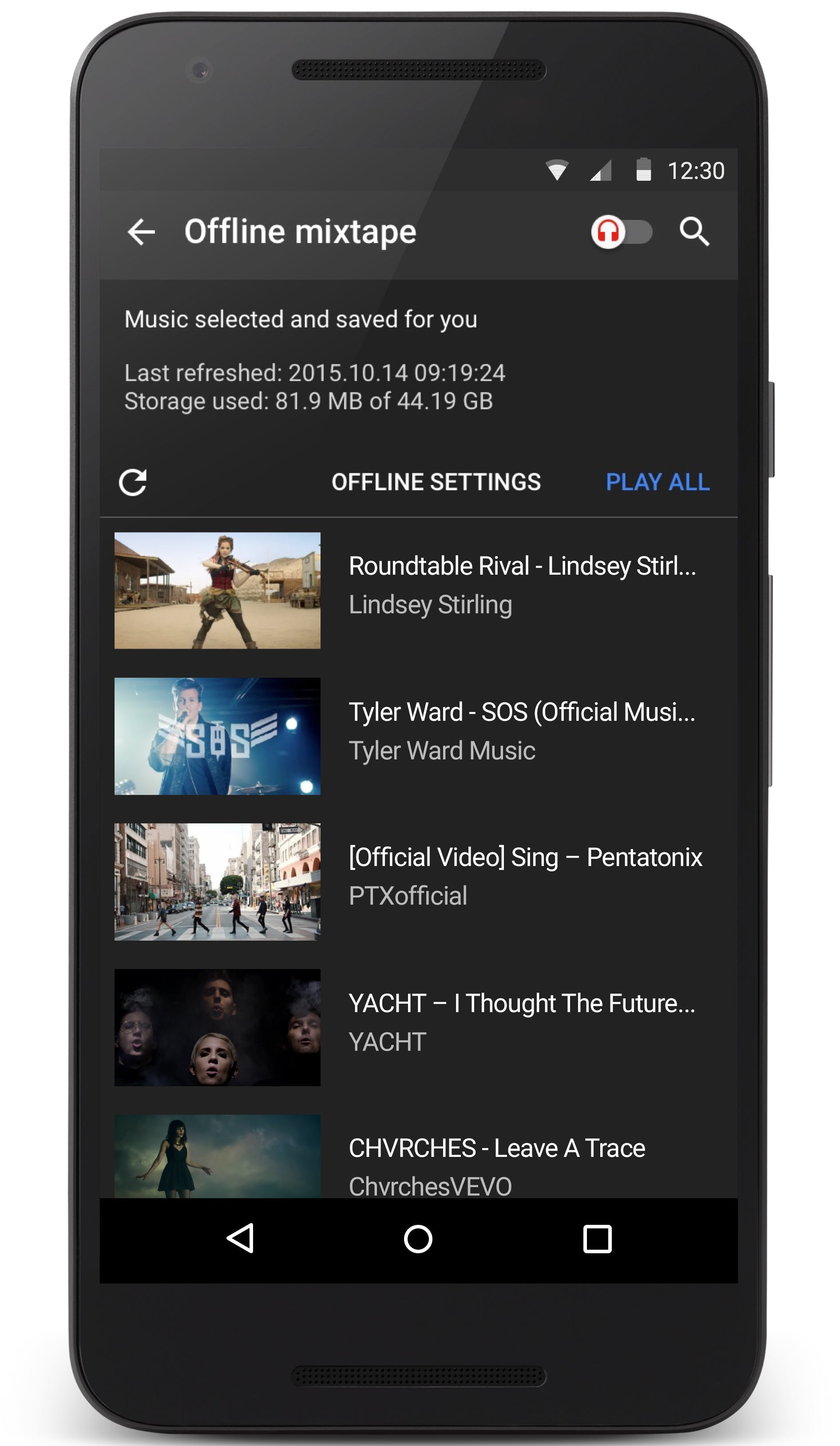 Curating an offline playlist is perfect for airplane travel.

Bronstein suggested using this feature before boarding a flight so you can stream tracks throughout the flight without a wireless connection.

One of the key elements of the service is seamless playback. That means once a user logs in and searches for an artist, the app builds a playlist that continues to play content that has some relation or appeal to the listener.

“The music should never stop,” said Bronstein. “It’s a little bit painful when you’re in the situation of searching for a song and then it stops or maybe repeats the same song. I should be able to open this app, tap on a video, and leave it. Lean back and actually enjoy the music.”

Video playback offers the ability to resize videos to full-screen by rotating your device 90 degrees into landscape mode. You can also play videos in background mode while you continue to search for new content, or toggle your playback to audio only if you’re not interested in the video content. Both background mode and audio playback use less data, for customers looking to enjoy the service but not use up bandwidth on video.

An explore function also helps users delve deeper into the experience of a favorite song or artist. It serves up not only official videos and live performances, but also fan-created videos, covers, and remixes from YouTube’s vast catalog of content.

“The catalog and corpus is huge. There are a lot of things there you can not find anywhere else,” said Bronstein. With the new app, YouTube sought to “actually help people discover that content and navigate that content in a very simple way.”

“If you are in the car and you’re listening to music, and it transitions from a song to an interview, it will throw you off,” Bronstein said. He noted that YouTube was still thinking about how to engage users more deeply with an artist they wish to interact with in that way but emphasized that it would likely not be part of the endless playing stations.

How much is it?

YouTube Music is a standalone app, but its paid functionality is alI part of the $9.99 per month subscription for Red that allows all YouTube apps like Gaming and Kids to go ad-free. Users get a 30-day free trial of the service before having to pay.

However, the free app will still work without a paid subscription, albeit with limited functionality. Users lose the ability to play music in the background, go ad-free, and listen offline. They also lose the ability to toggle to the audio-only mode and skip video loading.

Just like with YouTube Red as a whole, content creators on the service will earn “55 percent of the total net revenues recognized by YouTube from subscription fees.” During the free trial period, YouTube is subsidizing those earnings from already-paying Google Play subscribers.

What about the competition?

YouTube Music is far from the only music streaming app on the market, but competition doesn’t really worry the company.

“There’s such a large market,” said Bronstein. “Music subscription services, they’re not yet at scale. YouTube is at scale. Part of our belief with Red is that the whole value proposition with all of YouTube, Music standalone app, and Google Play will basically expand the market.”

The free app will still work without a paid subscription, albeit with limited functionality.

Bronstein said the labels love that YouTube is already a known platform for music discovery, and their primary concern isn’t winning over users from other platforms, but rather converting the existing base of YouTube users into paying subscribers.

“It wouldn’t be very exciting as a label to move someone from Spotify to YouTube, because they’ve already paid. What they’re excited about is [getting] more people in the market that are willing to pay money to get the benefits.”

For now, YouTube is content to convert the “hundreds of millions of people who come to listen to music on YouTube every day” to Red and the Music app.

“Further down the road, we might want to try and take from other people,” said Bronstein. “But at the beginning, the market is so large and our product is so differentiated, I think we have a lot of new users to bring to market.”

Now YouTube just has to wait and see if those hundreds of millions are ready to pay for their music on YouTube.