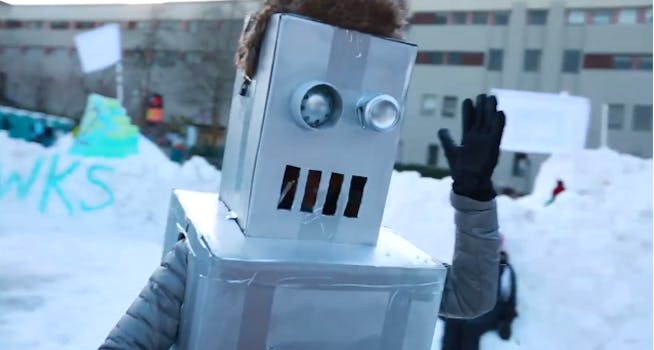 More than 30 truckloads of snow were moved to Seattle as 5,834 people had a giant snowball fight, breaking the Guinness World Record for world’s largest snowball fight. With the help of a few Contour cameras, Devin “SuperTramp” Graham captured the whole thing on film.

After 27 seasons of focusing on strangers in the real world, The Real World finally gets a virtual twist. As the different creatures interact with each other, it’s apparent that they’re just as screwed up in the Skyrim universe.

Mario Kart has made the jump from video game to a reality. Using go-karts and a system of servo motors, micro-processors and pressure systems, Waterloo Labs made it possible to shoot shells, run over banana peels and trick your friends on their track.

On this subway ride, pants are optional. Improv Everywhere orchestrated the 12th Annual No Pants Subway Ride in New York City as thousands took to the subway sans pants to the confusion of everyone else on the train.

5) CraveOnlineVideo, “The Spy Who Loved His Car”

James Bond has gone through many dangers over the years, but through it all there has been one constant: his Aston Martin. Bond loves his car so much that no person is safe when the iconic car is scratched or damaged.