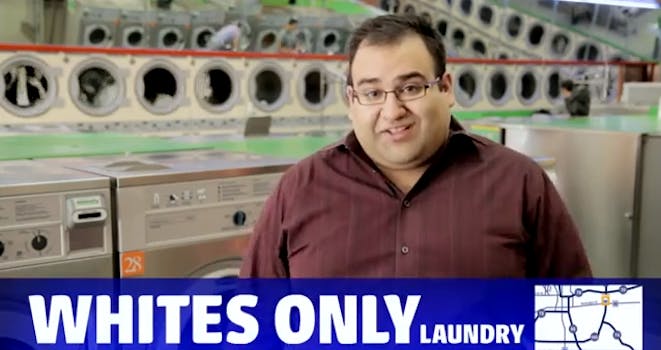 A laundromat owner makes a series of very unfortunate decisions.

1) The Bilderbergers, “Whites Only Laundry”

When Tom Michaels opens a laundromat just for white linens, he goes with what he thinks is a practical name, but after being formed “Whites Only” is racist, he tries to fix the situation with a name change—and things only get worse.

Ash and Pikachu are off on an adventure as they encounter one Pokémon that can elude a Master Ball, a flaw in Ash’s inability to walk through a bush, and one messy gym leader battle in this Pokémon parody.

3) Above Average, “Guide to Power Walking”

Eliot Glazer channels an ’80s-style fitness guru as he brings you the next big way to lose weight (especially if you’re afraid of exercise) in a cheesy infomercial with the help of SNL’s Kate McKinnon.

Want to see all of the Best Picture-nominated films but don’t have the time? Each of the films have common themes, so Official Comedy managed to mash all of them into one film that’s bound to win all the awards.

Ravens fans everywhere are still on their high after beating the Denver Broncos in double overtime last Saturday, so what better way to get pumped up for Sunday’s match against the New England Patriots but with a “Call Me Maybe” parody?