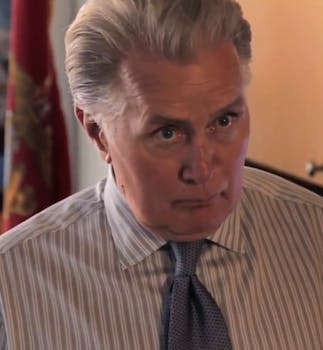 YouTube Guide: “The West Wing” walks and talks the vote

A Michigan candidate receives the endorsement of a lifetime from the reunited cast of The West Wing. Plus: Breakbad Mountain. Because, why not?

Michigan judicial candidate Bridget Mary McCormack gets a high profile endorsement from the reunited cast of Aaron Sorkin’s The West Wing, who are happy to remind their legions of fans of the importance of walking and talking—and voting.

2) Flula Borg, “American Football, Your Name It Is Strange”

Nobody—nobody—fails to understand the subtleties and intonations of American language and terminology like Flula Borg, the German-born DJ who’s likely more well known in this country for his naîve rants than he is for his work on the turntables. This week, the perplexed Deutschlander riffs on his confusion over football—the type that Peyton Manning plays.

Yom Kippur, the Jewish day of atonement, is coming next Tuesday. So gentiles: listen up. The Factuary’s Guy Branum is here to teach you a lesson about “the baddest Jewish Holiday of all.” Here’s the first pro tip: it starts at sundown the night before. The second: every Jewish holiday is about eating food because people didn’t die.

It’s well documented that you can change the music and the lighting and turn Breaking Bad into just about anything, so it should come as no surprise that someone took the plunge and created Breakbad Mountain, an edited spoof that will make you question the ideals of working relationships.

Grace Helbig graces your YouTubes every morning without fail, but it’s a special occasion when she shows up in the kitchen. Today, Grace tried her hand at a Sin-Oh-Man Roll, a cinnamon roll-looking thing that’s actually made out of bacon and sausage. Yikes.