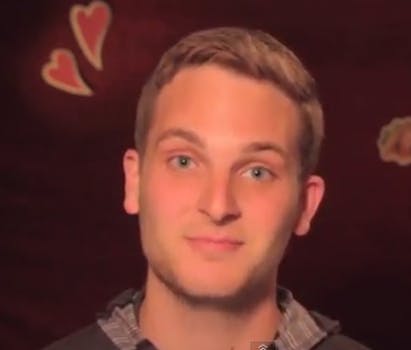 As he’ll readily admit, Tommy Wooldridge is not exactly a mastermind when it comes to making small talk with girls, so he’s decided to change up his approach. The new move: approaching every girl with a Taylor Swift lyric right there on the tip of his tongue. How’s it work? Well, ladies, how would you respond to someone walking up to you and saying “If you could see that I’m the one that understands you. Been there all along, so why can’t you see-hee-heee?” “We are never getting back together,” right? That’s what I’d say, too.

2) The Mis-Adventures of Awkward Black Girl, “The Interview”

One week after announcing that she’s developing a half-hour comedy show called I Hate LA Dudes for ABC, Issa Rae, better known as J or Awkward Black Girl, returns with a snarky, clever take on the throws and woes of the job interviewing process.

Filmmaker Zackery Swanson produced a public service announcement denouncing Minnesota’s anti-marriage law and encouraging everybody to “Vote No” on Nov. 6. Lasting just under a minute, it’s “a video for a cause me and my family feel strongly about,” he wrote.

What’s the best way to console a friend after he’s just lost his mother? By writing and performing a song about how she’s now a “burning star of beauty in the night,” complete with one drum solo and another on keyboards? Nah, probably not. You’ll probably want to do something else to help, instead.