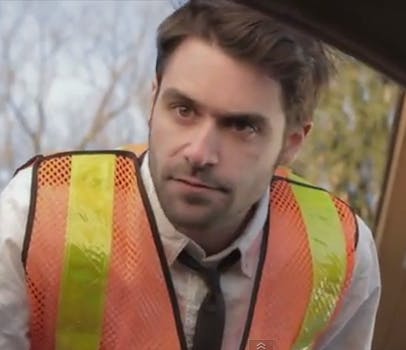 Every guy knows it, even if no one wants to be in it. It’s the dreaded Friendzone, that purgatory between acquaintance and intimate relations, and it can sometimes last so long that you’re actually manning the gate for when the newcomers roll in.

BoredShortsTV may be getting the lion’s share of credit for popularizing the adults-acting-out-stories-being-told-by-kids template, but Geek and Sundry are no slouches to the system, too. In the ninth episode of their Written by a Kid series, Aaron Douglas and Cory Williams act out a scene in which little Adam asks the impossible question: If you had the choice to live forever, would you?

The only thing more entertaining than a single-serving Tumblr is a single-serving compilation video—especially one set to a break beat from James Brown’s “Funky Drummer.” Feel like watching dog after dog try to walk in shoes? Here’s your chance.

Everybody watches TV shows, but does anybody know what it takes to be a real, actual, legitimate, die-hard fan? Los Angeles Tumblr phenom Pleated-Jeans has all the answers, which include a brief spout of tears.

This Sundquist fella seems to break it down pretty good: summer hit The Hunger Games was one part Gladiator, two parts Survivor, and 10 parts Extreme Makeover. That’s the first of many bar graphs and math tools that should help explain what’s going on with that book that all your cousins love.