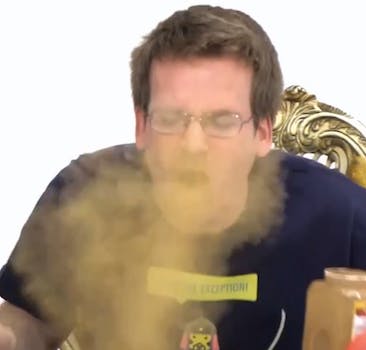 1) Hank Green, “The Science of the Cinnamon Challenge”

The two biggest things on YouTube: PSY’s “Gangnam Style,” which has been viewed more than 200 million times, and Bill Nye the Science Guy, recently back on the small screen track with YouTube network Nerdist. Naturally, someone had to mash the two up. That someone was YouTuber AlexRMSTITANIC, who thinks this would make for a fitting theme song should Bill Nye ever start a new show.

Pioneering YouTube rapper DeStorm takes his next challenge a cappella: freestyling the details of every number from 50 to zero.

Fed up with the current situation surrounding the NFL’s use of replacement referees in games, sports parodists at NOC have taken to remixing Flo Rida’s “Whistle” to make it much more scab ref-friendly. NOC’s take on the replacement refs might be correct: “I don’t know the rules except they tell me how to dress.”