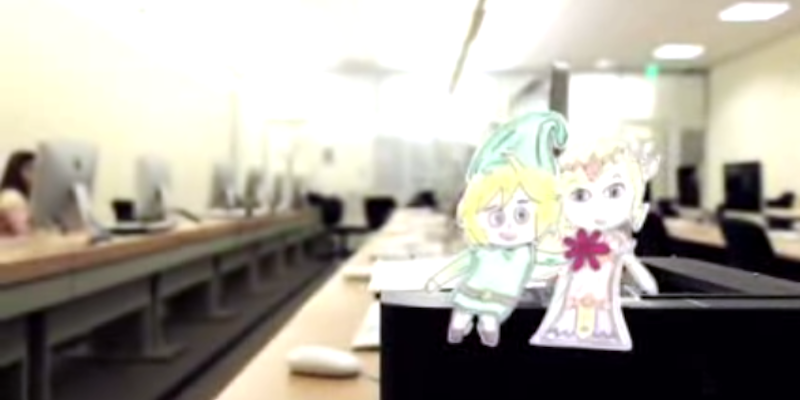 YouTube special FX wizard Final Cut King creates his own take on The Legend of Zelda, with Apple screens instead of a world map.

Link is on a quest to save Princess Zelda—although it might not be as you remember. The famous hero, drawn and uploaded to a Mac, fights his way across various Apple products to get to the princess, and there’s even time for a dance intermission.

This isn’t your average bus ride home from school. Take a patriotic bus, place a bunch of children (with safety gear) inside, add wheels on fire and you have one bus drifting across an empty parking lot and muddy field as the kids have the time of their lives.

The entire family gets together every Thanksgiving, but they’re really just stopping sports fans from the most important part of the holiday. In this homage to NFL fans, one fan just wants to be the master of his TV, but his family is constantly getting in his way.

Mario and Luigi are really excited for the Wii U—enough to break out into song and tap dance about it. They finally have good graphics and they can even use the system when Mario uses the television to watch Glee.

Ed Bassmaster and Nathan J. Barnatt dressed up as a hunter and turkey and ran through different public places around town as the hunter chased his prey and shot him with a toy gun. Some onlookers got a laugh out of it, but many were not amused.