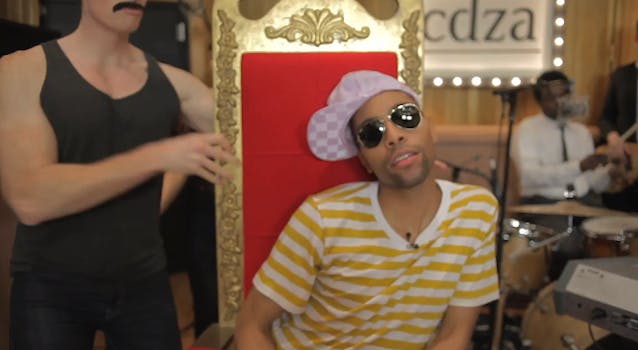 Collective Cadenza runs the classic Will Smith jam through Google Translate more than 60 times, and raps whatever comes out.

We’ve been warned by foreign language teachers that online translators aren’t exactly reliable, and CDZA co-founder Joe Sabia shows what happens when you put the lyrics to “The Fresh Prince of Bel-Air” through Google Translate in a number of different languages (and then all 64 of them). The theme song is virtually unrecognizable.

With some help from fellow artist Tyler Ward, Lindsey Stirling tackles Macklemore and Ryan Lewis’s ode to your favorite second hand store around the corner in her latest video and they manage to make the eclectic outfits from the thrift shop their own.

Neil Patrick Harris is abducted by aliens following his latest conk-out for some old-fashioned probing, but while NPH is all for it, he might just be a little too well-known for his alien captors.

You only have to wait a couple more days until the return of Archer, but until then, Slacktory has put together a collection of the best insulting nicknames from the cast to hold you over.

As it gets warmer, you might want to put your snowman out of its misery before it melts on your lawn, and Thrash Lab has a number of suggestions on how just to off your snowman with the aid of a snowboard and some power tools.