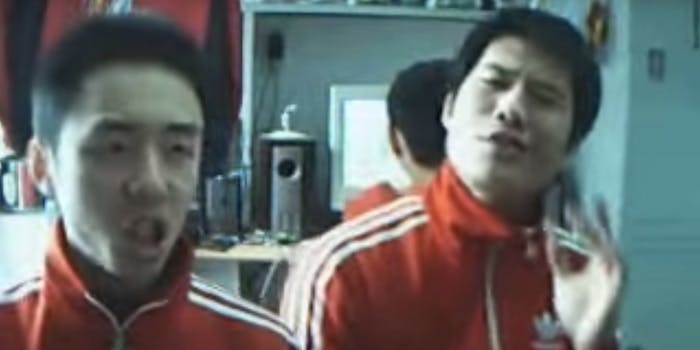 As long as you love me.

When it comes to the history of YouTube, Jarid Kawim’s “Me at the zoo” video gets all the attention. Granted, the clip was the first one ever to be uploaded to the online video sharing site that now sees more than 400 hours of new content every minute. However, there’s another (and arguably more important) piece of media which changed the entire future of the online video site: the video which convinced now-CEO Susan Wojcicki that Google had to purchase YouTube.

Back in 2006, Wojcicki was serving as Google’s SVP of Adwords and AdSense. The long-time employee was tasked with running the Google video initiative and dealing with acquisitions which could help the project grow. YouTube was one of the prime acquisition candidates, even though the site wasn’t profitable at the time. At that time Wojcicki found a video of the Chinese duo Back Dorm Boys lip-syncing to the Backstreet Boys’ song “As Long As You Love Me.”

YouTube’s CEO found the lip-syncing video hilarious, and realized the potential entertainment value in the site. “That was the video that made me realize that ‘Wow, people all over the world can create content, and they don’t need to be in a studio,’” Wojcicki recently said onstage at the Fortune Most Powerful Women Next Gen Summit, as reported by Business Insider. Over the next six months, Wojcicki orchestrated Google’s acquisition of the online video site for a whopping total of $1.65 billion. Wojcicki was made CEO of YouTube in February 2014. Since then, the YouTube executive has seen the site hit over one billion global users.

It’s possible YouTube may have eventually taken off on its own or found another partner and grown into a flourishing, profitable online video site. But thanks to the “As Long As You Love Me” clip, Google can claim YouTube and all its hours of content as its own.