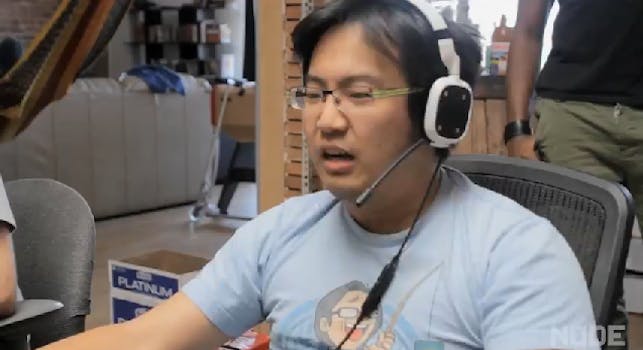 Who better than Freddie Wong to launch a new gaming channel on YouTube?

Launched only about a month ago, NODE plans to bring a new dynamic to the video game programming medium with a series of shows, medleys and trailer mashups. The channel already has over half a million views.

“For us multiplayer gaming has always been about getting our friends together, hang out in one place, yelling at each other,” Wong said. They started giving viewers a look at how “gaming videos should go” by playing Battlefield 3’s new Close Quarters expansion.

In just a few short weeks, the boys started playing another shooter: By popular demand, they’re taking on Medal of Honor: Warfighter.

Meanwhile, Turner and Newberry look at the best video game clips that YouTube has to offer in “Tagged.”

In the style of The Soup or Tosh.0, they watch and commentate on videos using their own system: An awesome clip is “tagged,” a badass clip is “fragged” and a hilarious clip is “lagged.” The latest episode from Turner features Super Mario World, Battlefield 3 and Call of Duty: Black Ops.

“VG Medley” remixes the music from some of your favorite games. So far there’s only Bare + Mark Instinct’s “Max Payne Dubstep Remix,” but more are on their way.

NODE Studios has also taken on the infamous trailer mashup, pairing some of today’s most-talked-about movies with popular video games. Their most popular to date is a mashup of Disney/Pixar’s Brave and The Elder Scrolls V: Skyrim, which somehow work wonderfully together.