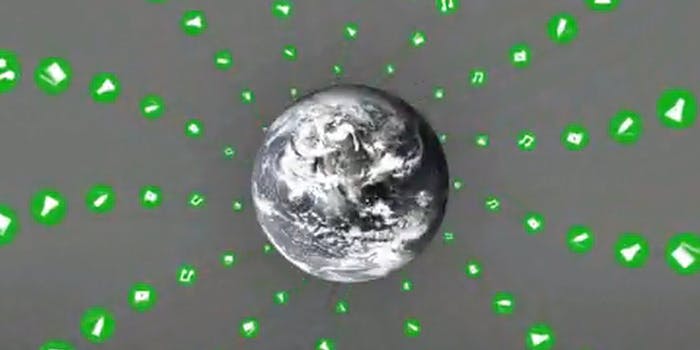 That translates roughly to 40 years worth of footage waiting to be remixed.

“Since the Creative Commons video library launched on YouTube a year ago, you’ve added more than 40 years’ worth of video to the mix,” Cathy Casserly, CEO of Creative Commons, wrote on the official YouTube blog. “Anyone, anywhere can edit, build on and republish the library’s videos for free thanks to the Creative Commons Attribution license, otherwise known as CC BY.”

With the CC BY license you are allowed to share and remix a video to your liking, as long as you credit the person or organization from whom you borrowed the original video. That makes it much easier for students, filmmakers, citizen journalists, music video directors, and many others use video footage without any worry about possible copyright claims.

If you want to use a Creative Commons video, you just have to select the CC tab by heading to the YouTube Video Editor, putting in the video’s URL (or search the Commons using keywords), and clicking the “+” button.

“Thanks to CC BY, it’s easy to borrow footage from other people’s videos and insert it into your own, because the license grants you the specific permissions to do so,” Casserly added.

You can now also make all of your videos have a Creative Commons license by default, although for the time being they still have a “Standard YouTube License.”