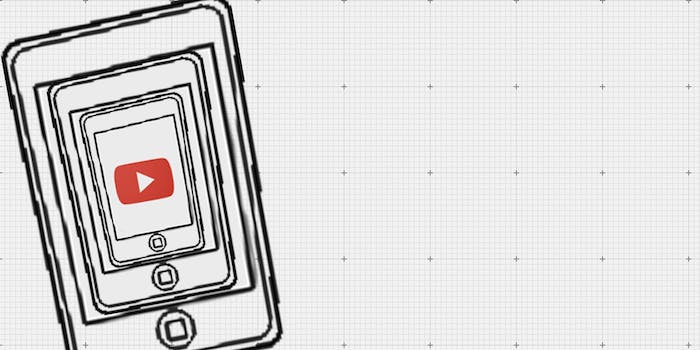 We scoured the massive video-sharing site for some of the best examples of YouTube's meta-humor.

Since its inception, YouTube has gradually added features and tricks that video creators and viewers alike can use to enhance their experience on the site, from on-screen annotations to closed captioning.

Then there’s the headache that is a YouTube comment section, littered with crude insults, vulgarity, and enough typos to make email spam read like poetry. Put it all together and there’s a lot of material for enterprising vloggers to work with.

For proof, look no further than Taylor Swift. This week, Rhett and Link created a medley of her hits based on YouTube’s automatic closed captioning, while user MrBlister27 has turned the comments on Swift’s “We Are Never Ever Getting Back Together” into a dramatic reading.

We scoured the massive video-sharing site for some of the best examples of YouTube’s meta-humor.

1) “SAYING FUNNY COMMENTS TO PEOPLE WHILE WEARING A BLACK SUIT”

Do comments like “My anus is on fire” and “Will you have sex with me?” hold the same power in real life that they do online? Gary Garcia of overboardhumor dons a black suit and hits the streets of Los Angeles to find out.

Actor and comedian Orlando Jones applies his smooth and sexy voice to several comments made on videos produced by Machinima.

YouTube musician Roomie addresses some of the comments on his videos in song form. Thanks to the Internet, we can now rest easy knowing that we live in a world where “Now that’s peace shit” can be effectively worked into a song.

What good is a YouTube video if it doesn’t go viral, earning millions of views and being glossed over by morning television personalities several months after the novelty has worn off? YouTuber runawaybox details some of the ingredients that go into making a successful viral video, including “use catchy or misleading titles” and “appeal to sex.” Apparently, it worked: This video has over 2 million views.

Thanks to the occasionally effective magic of voice recognition, YouTube and Google Translate have conspired to create automatic closed-captions for your videos. YouTuber TheArchfiend applied the technique to old videos of his and comments on the translation results.

Famed comedy duo Rhett and Link took the ineffectiveness of the closed-captioning feature a bit further. After seeing how it transcribed popular holiday carols, the pair sang the carols with new lyrics.

Annotations take the whole concept of “commenting on YouTube videos” to a whole new level by allowing people to add text boxes onto the video itself. Comedy duo chickenfriedcomedy pokes fun at this feature by reacting to annotations appearing in their video address.

In-video annotations do not need to be limited to mere text! YouTuber Anthony Rose has fun with crudely created blank text boxes cleverly positioned at key points in the video.