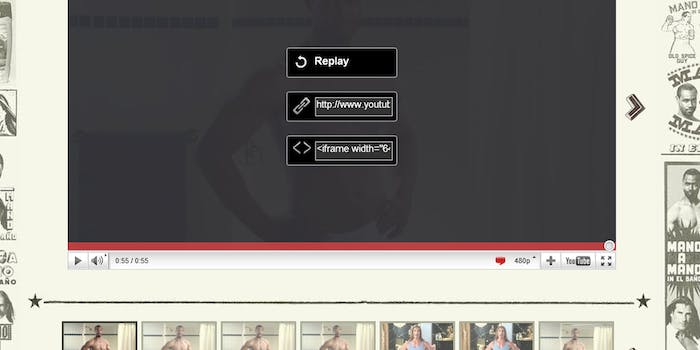 Your cute-puppy video may be more popular than you thought.

Your cute-puppy video may be more popular than you thought.

YouTube continues to grapple with a bug preventing accurate counts of the views videos on the site receive—a bug that, oddly, caps views at 301.

Google, the owner of the video site, is aware of the bug and has been working on it for at least a week, though YouTube users say the bug’s been around longer than that. (It appears to have resurfaced with the Cosmic Panda beta release.)

The bug becomes noticeable when a video collects more than 301 likes or dislikes, since one would assume that a video must be viewed before a YouTube user can register a thumbs-up or -down vote.

This bug has been the butt of many jokes on YouTube for weeks, in comments and even entire videos. One Internet personality is convinced it’s a conspiracy.

Ryan Higa, who was only recently dethroned as the top YouTube personality, joked about the mysterious 302nd viewer in his “4,000,000 Subscribers!” video  (jump to 1:20).

And the bug resurfaced, notably, in connection with the Fabio-vs.-Isaiah-Mustafah Old Spice campaign Tuesday. It’s one thing when the occasional YouTuber can’t measure his popularity, quite another when a major advertiser like Old Spice isn’t getting a full picture of audience reaction.

Five days ago, the Daily Dot confirmed the bug’s existence with a Google representative who said a fix would be coming soon. We received another statement from Google this morning:

“The team’s still working on it—they want to make sure all the videos that were recorded are being appropriate shown, so they’re taking time to make sure it’s done right.”

Internet giant Google, which makes its billions on precise data and accurate algorithms, takes weeks to fix a simple video count: Is the Apocalypse upon us? From YouTubers’ overwrought reactions, you’d think so.