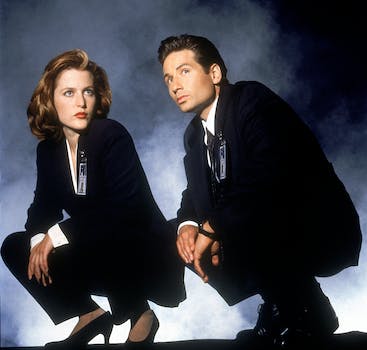 The reboot is out there.

The X-Files could be coming back to Fox, network execs confirmed.

Ever since the show went off the air 12 years ago, stars David Duchovny and Gillian Anderson have repeatedly said they would love to come back—and now Fox is aiming to bring them into the fold, according to Entertainment Weekly.

“It’s true that we’ve had some conversations on X-Files,” Newman said. “We’re hopeful of being able to bring that back at some point.”

“Gary and I both worked [at 20th Century Fox Television] through the entire run of The X Files,” Walden added. “It was a great experience. We’ve maintained good relationships with Chris, David and Gillian. We’re very hopeful, but it’s hard. The actors are very busy. They have a lot going on. Chris has a lot on his plate, so it’s just trying to carve out the time.”