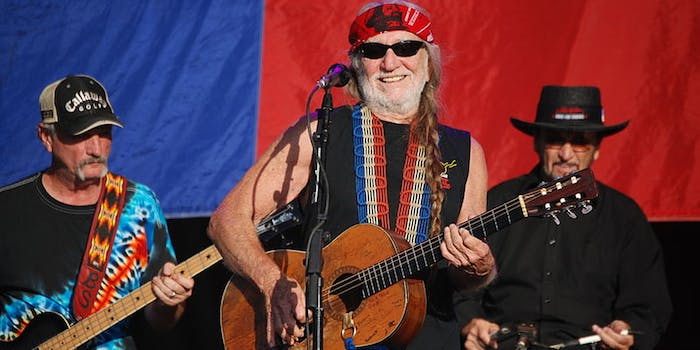 Nelson enjoys blowing both smoke and your mind with his complicated card tricks.

While Kenny Rogers might have the final word on what it takes to be a decent gambler, Willie Nelson is the true master of cards. It appears that at the ripe old age of 81, Nelson has taken to a new hobby of card tricks, or at least showing them off on social media.

Recently, Nelson has taken to his Facebook page to post a series of videos in which he performs card tricks that are a lot more complicated than repeatedly asking, “Is this your card?” Nelson’s feats of the deck involve complicated narratives spoken in his signature dulcet timbre. It’s like if that mindfreak Criss Angel was way more mellow, or Penn and Teller were tolerable.