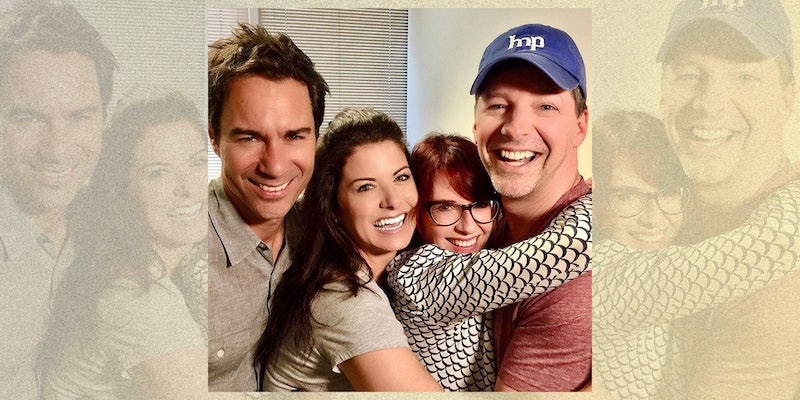 ‘Will and Grace’ actor says show will return to NBC

Leslie Jordan says it's coming back for 10 episodes in July.

The rumors have been circulating ever since the stars of Will and Grace reunited for an election video in September, and now, according to guest star Leslie Jordan, it’s a done deal: The beloved sitcom will return to NBC in 2017.

NBC or any member of the show’s regular cast has yet to make an announcement (Jordan played Karen’s rival Beverly Leslie, which he won an Emmy for), so perhaps don’t plan your summer around Karen’s sassy one-liners just yet. Though, with Netflix smart enough to bank on our ’90s nostalgia for Full House and Gilmour Girls reboots, it wouldn’t be surprising if networks finally capitalized on some revival potential of their own.