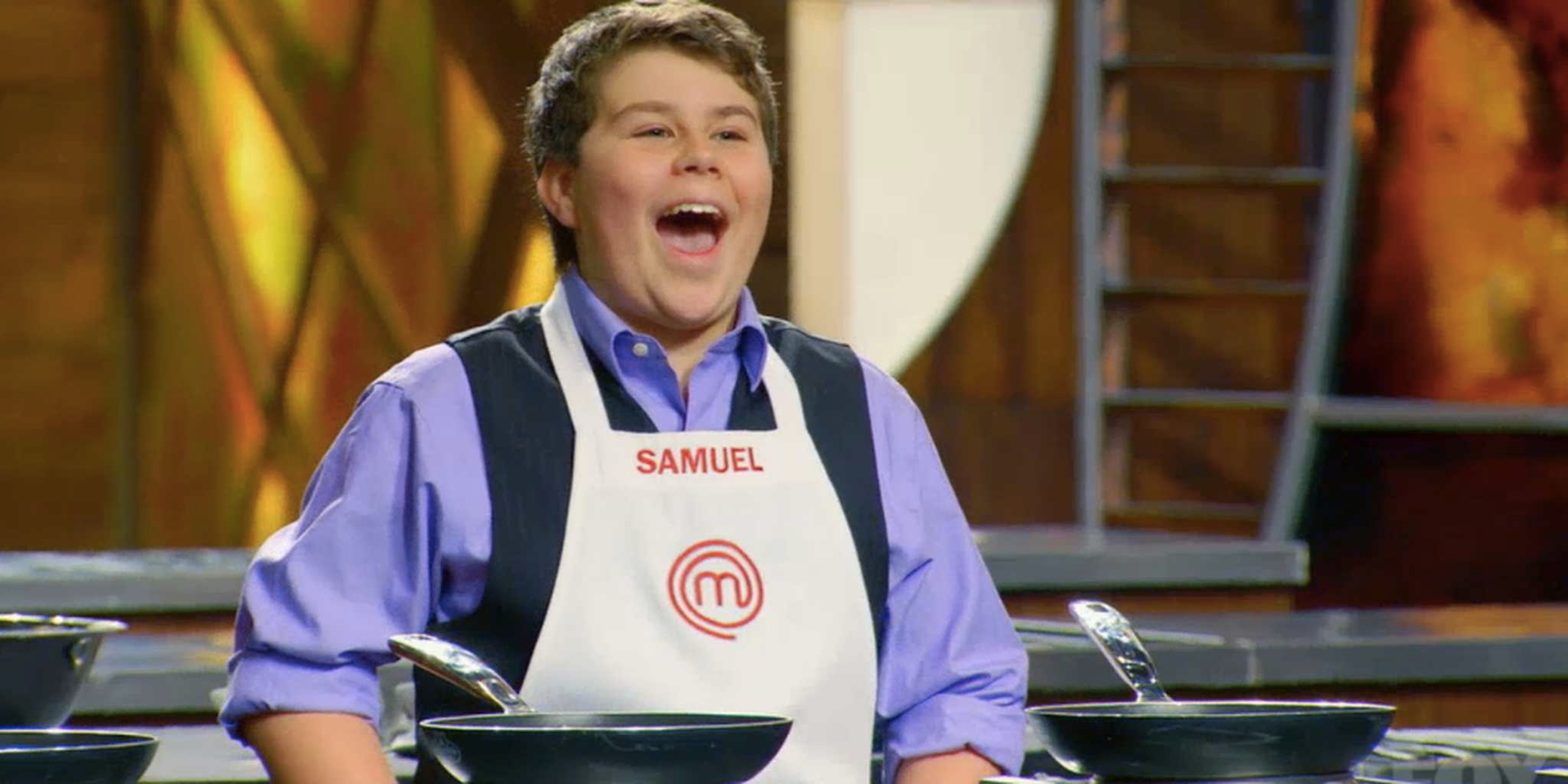 Heartbreak and joy in a ‘MasterChef Junior’ betting pool

There's nothing else like 'MasterChef Junior' on TV—but there should be.

I’ve already lost in both of my MasterChef Junior betting pools. Yes, both—I chose the same kids twice because I thought I could double my winnings, and I chose terribly. They went down in the first and second episodes, respectively, and now I must watch with the knowledge that, in a few weeks, I’ll have to give a friend $10, even though my children were robbed.

The agony of defeat.

If you don’t know: MasterChef Junior is a cooking competition show hosted by Gordon Ramsay, Joe Bastianich, and Graham Elliot. The contestants are all 8 to 13 years old, and often adorable. Sometimes they need step stools to reach the counters, and sometimes they need help carrying stand-mixers across the kitchen. Quite a few have proclaimed that they’re not just there to compete—they want to make friends. They somehow all know how to make pasta from scratch, and while they’re doing it, the hosts offer kind, thoughtful advice. Many hugs are exchanged when someone starts crying. It’s the greatest show on television.

“ZERO REGRETS. I have never sent as many frantic text messages during a TV show as I do during Master-Chef Junior.”

Which explains its non-ironic following among foodie and media crowds. TV writer Pilot Viruet admits, “on paper, MasterChef Junior is everything that I normally dislike about television. … Turns out, it’s nearly impossible to remain immune to [its] many charms.” At Eater, Alison Leiby writes, “ It is perhaps the purest competition show on television and I’m already obsessed with it.” Superfan Beejoli Shah told me in an email, “I never really got into MasterChef … but after reading this article about how MasterChef Junior avoided being campy by having so much heart, I knew I had to give it a try. ZERO REGRETS. I have never sent as many frantic text messages during a TV show as I do during MasterChef Junior. These kids are amazing! They are so extraordinarily nice to each other, in ways that the adults on MasterChef usually aren’t—they are filled with joy about everything.”

But back to the betting scene. I’ve never been one for organized gambling among friends. I’ve never enjoyed gambling, and even a run of low-key fantasy football left me feeling far more aggressive and competitive than it should have. I just want to watch the show or the game or whatever without thinking about this other thing, and without feeling like I’m winning or losing against people I like.

But somehow, Masterchef Junior has changed all that. My two pools were started by completely separate groups of friends, with slightly different rules. In one we were assigned a child (Kyler 4 life), and in the other we were allowed to choose two, earning points for each week he or she lasts. There are frantic texts and recap emails and theories about whose parents must be insane. We all have our favorites as well as contestants who slightly creep us out, and predictions about what these children will grow up to be like. 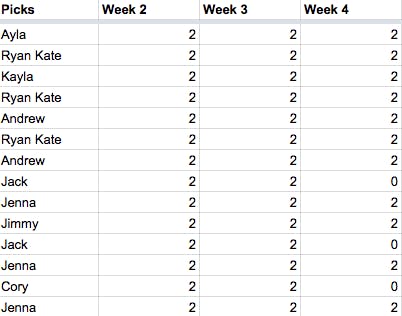 As you can see, everyone is putting their money on Ryan Kate.

“I think cooking competitions have the same appeal as sports,” says fellow fan Kevin Nguyen. “The stakes are totally trivial, and yet it’s so easy to get completely wrapped up in it.” And in a show like MasterChef Junior, the stakes are at their absolute lowest, which is part of what makes it so fun. In fantasy football, you supposedly have a better chance if you know more about the sport (though one friend of mine won her office league by choosing players based on hotness, in case you need a strategy).

In the MasterChef Junior leagues, there’s no way to be an expert, so victory and defeat quickly lose all meaning. Sure, you may have a hunch that a 13-year-old is more likely to win than an 8-year-old, but your predictions break down when you see what a beautiful try-hard is each and every contestant. It makes you feel like any of them could win. Even if you guess the outcome, what sort of bragging rights would you have?

The competition isn’t that big a deal for the kids, either. It’s not that the $100,000 in prize money is anything to sneeze at; it’s that the kid isn’t going to be doing much with it. Their parents will (we hope) put it in a college fund, or teach them how to invest it, or maybe—if they come from lesser means—it’ll be a big help right now. Most of the kids, as in any junior soccer league, seem more preoccupied with getting their hands on the actual trophy. After the show, they’ll go home, go back to school, and do chores when their parents ask them.

The messy, dangerous consequences of normal reality shows, meanwhile, are often what draw us to them, but the uncomfortable truth is that, because it’s a form of “reality,” actual lives are on the line. People’s reputations are ruined, fortunes lost, and relationships shattered. And yes, this has happened with kids and adults alike, whether they’re teen moms or next best models or toddlers in tiaras. We know things could completely unravel at any moment, which we admit is the allure, but it’s hard to escape the guilt that comes with it.

To Nguyen, MasterChef Junior is “better than most reality TV, because instead of watching adults act like children, we’re watching children act like children. So there’s plenty of melodramatic crying, and it’s adorable and sweet.” Maybe that’s why it feels fresh—the emotions are built into the contestants, rather than spliced together. The kids aren’t as performative as contestants on other shows. There’s editing, of course, and some of the stars will go on to milk their newfound fame, but so far, it’s all been pretty innocent. Logan, the 12-year-old winner from last season, has a blog and a Twitter account, both moderated by his mom, and so far shows no signs of getting into the reality show circuit.

What MasterChef Junior does—and it’s all too rare in TV—is reward people for their talents and their talents alone. It relies not on professional levels of expertise that can make or break your career, nor does it embrace pageantry and humiliation. The kids do what they do quite well, but whether they win or lose, they’ll keep on being kids. They will be praised for their hard work and bullied for trying too hard. They will get in trouble and go through puberty. Better things will happen to them, and far worse things will happen to them, and they might not grow up to be chefs at all. They’re just happy to be there, and so are we.