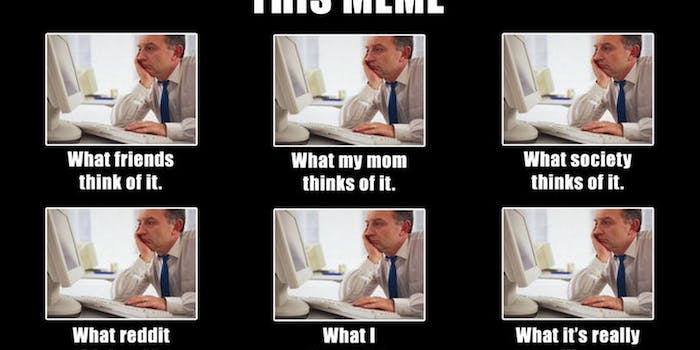 What people really think about the “What People Think” meme

In mere weeks, a meme goes from ubiquity to inquity.

The “What People Think I Do” meme has just started proliferating into countless Facebook feeds. But some people are already fed up.

The format is simple and endlessly variable. You take any kind of identifying marker—usually an occupation—and show six photos to illustrate how that marker is seen outside parties: one’s mother, boss, friends, etc.

Since at least Wednesday, redditors and others have started a backlash, using six photos and the accompanying captions to criticize the meme.