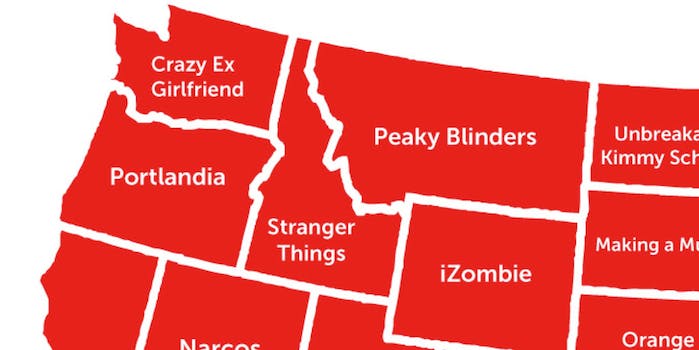 At least *someone* is watching Fuller House.

Regardless of the conflicting moral and political discourse across the U.S., everyone enjoys a good Netflix binge every now and then. With a plethora of shows and genres, the streaming company has something for all pockets of the country.

Thanks to HighSpeedInternet.com, we now know which states strike gold with a ShondaLand series or which would rather prefer something that reminds them of their own stomping grounds.

Scandal takes 10 states around the East Coast, the South, and the central U.S., while Orange Is the New Black takes three states in the Southwest and, randomly, Michigan and Alaska.

Meanwhile, some states appreciate familiarity, with Crazy Ex Girlfriend (set in West Covina, California) taking the entire state, Portlandia taking Oregon, and Parks and Recreation taking Indiana. While Wisconsin opts for Fuller House over the docuseries set in its state, Making a Murderer, its neighboring states Minnesota and Illinois are enthralled in the case. 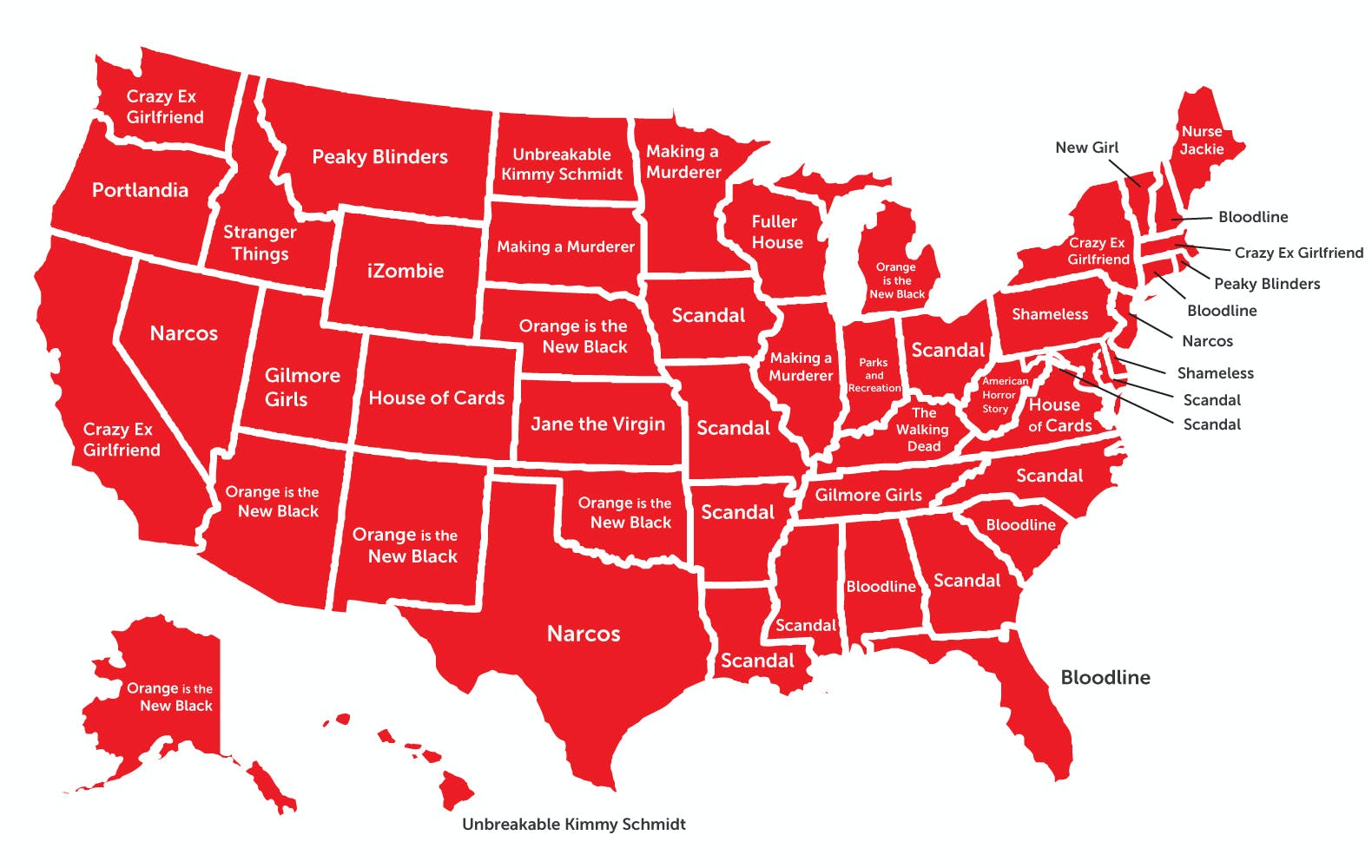 You can find the full, detailed report of the nation’s Netflix and Chill habits on HighSpeedInternet.com.