How to stream Golovkin vs. Derevyanchenko

Golovkin won't be facing his biggest rival on Saturday. But he has to be cautious vs. Derevyanchenko nonetheless.

Gennadiy “GGG” Golovkin, having not secured a third fight against his biggest rival, Canelo Alvarez, will instead face off against Sergiy Derevyanchenko. The reason may be because Alvarez–after a controversial draw and a controversial victory in their first two meetings–has no need for another Golovkin showdown, or Alvarez simply doesn’t want to give Golovkin the expensive payday. Either way, Alvarez has shunned Golovkin and claims Golovkin offers nothing for him.

That is one reason why Golvokin will fight Derevyanchenko on Saturday night on the DAZN live stream for the world middleweight title that was recently stripped from Alvarez (for failing to sign a deal with Derevyanchenko for himself). For now, Alvarez is out of Golovkin’s reach. So, he’ll try to do the next best thing. Look impressive vs. the solid Derevyanchenko, win the 160-pound belt that’s up for grabs, and then try to force Alvarez into completing their boxing trilogy.

Until then, here’s everything you need to know to watch the Golovkin vs. Derevyanchenko live stream on DAZN. 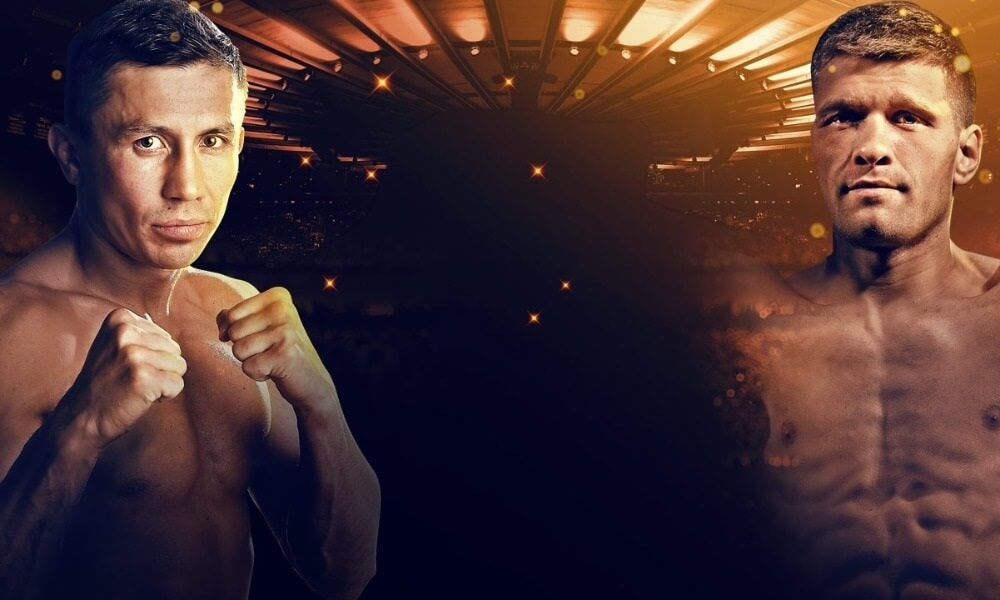 The only legal way to watch Golvokin vs. Derevyanchenko in the U.S. is on DAZN—the main card begins at 9pm ET, and the preliminary bouts start at 7pm ET. Since September 2018, the streaming service has put on some of the most important fights in boxing. Though Alvarez, boxing’s biggest star, played tug-of-war with the service in finding his next opponent, Sergey Kovalev, and though it caused a potential rift between him and his promoter, DAZN is all in with him. DAZN also showcased Andy Ruiz upsetting Anthony Joshua for the heavyweight championship (the rematch will air in December), and it featured Golovkin’s streaming service debut in June. And don’t forget about November’s Logan Paul vs. KSI rematch.

DAZN costs $19.99 per month or $99.99 for the entire year, but for fight fans, it’s been well worth it. It streams more than 100 fight cards per year—that includes a number of MMA cards with Bellator—and you can watch some of the best boxers in the world (Alvarez, Joshua, and Golovkin) and some of the potential rising stars (Devin Haney, Regis Prograis, and Vergil Ortiz Jr). DAZN says it’s doing its best to try to kill the longtime boxing PPV model, but another perk of a subscription is getting to watch fighters like Golovkin on a regular basis that should get your blood pounding as the fists begin flying.

DAZN works with Roku, Apple TV, Amazon Fire Stick and Fire TV, Xbox One, PlayStation 4, and both iOS and Android phones. All you have to do is download the DAZN app and log-in with your subscription credentials. You can also stream via computer browsers Chrome, Firefox, Safari, Edge, Internet Explorer, and Opera. (Read our full DAZN review here.) 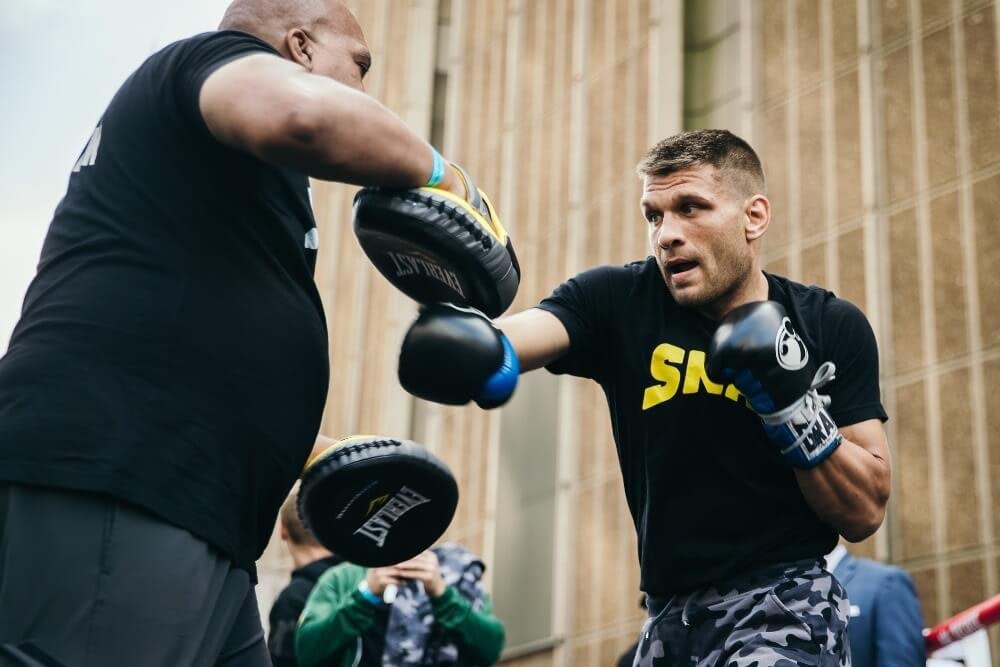 Golovkin vs. Derevyanchenko: Why it matters

Twelve months ago, the then-virtually unknown Derevyanchenko proved he belonged on this elite stage by giving Daniel Jacobs a tougher fighter than expected. Jacobs escaped with a split decision, but Derevyanchenko (13-1, 10 knockouts), who was a standout amateur boxer fighting for his native Ukraine, received plenty of credit for pushing Jacobs.

“I think with the Jacobs fight, I proved that I am a top middleweight, and now I have to take it to the next level,” Derevyanchenko said during a recent teleconference.

This will also be an interesting test for Golovkin (39-1-1, 35 KOs). He’s about a 4/1 betting favorite, and he’s coming off a fourth-round knockout vs. Steve Rolls in June.

But for the past few years, there have been many questions about whether the 37-year-old is slowing down after what’s been a standout career. He had a draw vs. Alvarez in 2017 and then lost to him in 2018 (I scored Golovkin the winner of both fights, for what it’s worth), and opponents have had an easier time landing flush shots on him than when he was in his prime.

Those around Golovkin say age hasn’t affected him in the ring, but Golovkin recently acknowledged that he thinks about it.

If Golovkin falters, Derevyanchenko certainly has the skills to make him pay. After all, he nearly beat Jacobs, who himself nearly beat Golovkin in 2017.

“I think [Derevyanchenko] is a good fighter,” Golovkin’s trainer, Johnathon Banks, recently told the Daily Dot. “I don’t think he’s better than Danny Jacobs. But he gave Danny Jacobs a good go. And I think GGG gave Danny Jacobs a good go. I think GGG did better against Jacobs than this kid. That’s how the fight will play out. You’ll see glimpses of [Derevyanchenko] doing good, but you see how GGG did against Jacobs and how he’ll do good again. GGG has fought quite a few guys like Sergiy, but Sergiy has never fought a guy like GGG.” 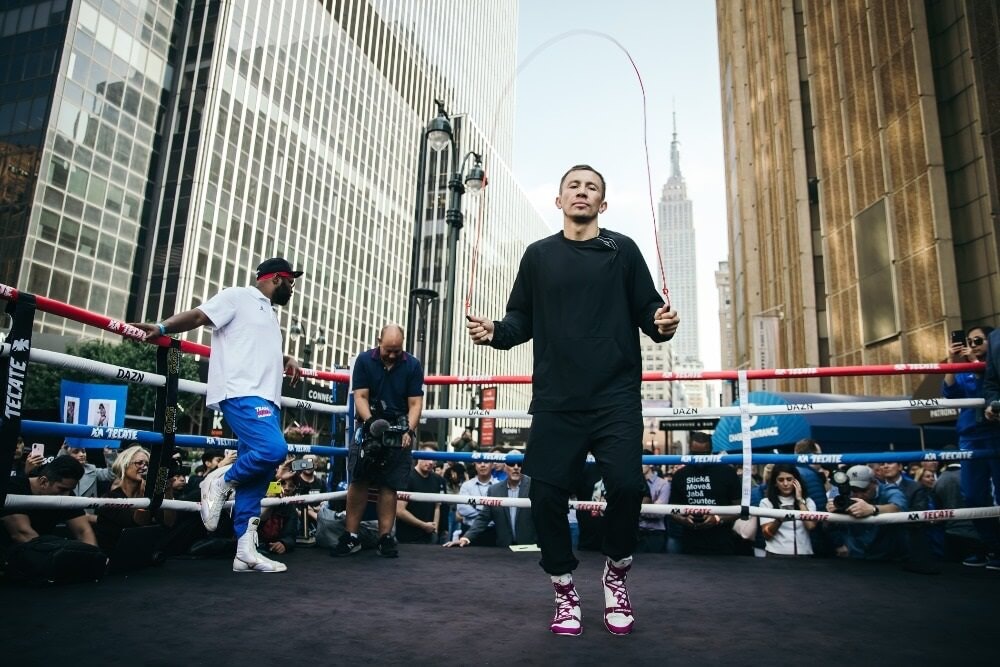