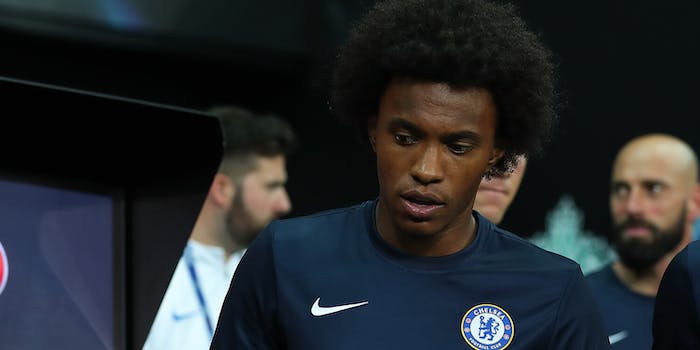 How to stream Chelsea vs. Southampton

Chelsea would love to give Southampton a third straight loss on the way to the Premier League's upper echelon.

Chelsea’s on a bit of a winning streak, starting with a romp in the Carabao Cup in which American hope Christian Pulisic played, and then another two higher-stakes matches in the Premier League and Champions League where he didn’t. Despite the ongoing saga over Pulisic being on the bench (or out of the 18 altogether, as he was earlier this week), Chelsea’s looking good of late, with a lot of that having to do with Tammy Abraham and Willian. So it should be interesting to see how they do against Southampton this weekend.

Here’s everything you need to know to live stream Chelsea vs. Southampton, including what to watch for on the pitch.

If you want access to Chelsea vs. Southampton as well as every Premier League game this season, you’ll want an NBC Sports Gold subscription. At the Matchday Pass tier, for $39.99, you get access to 140 exclusive live matches, with at least four for each of the 20 clubs. The Premier League Pass option gives you an option to replay matches, in case you can’t catch a match live, and offers additional programming, including analysis and highlights. NBC Sports Gold offers additional packages for fans who want to follow rugby action, the PGA tour, Indy Car racing, cycling, and lacrosse.

Chelsea got a solid Premier League win last weekend, hosting and besting Brighton 2-0. Jorginho scored from the spot, and then Willian added an insurance goal to seal the win. Then, in Champions League play, Tammy Abraham–who has been scoring quite a bit lately–added another goal to his tally, and Willian scored the goal that would hold up to place Chelsea back in the thick of the Group H race.

Southampton, on the other hand, lost 2-1 to Spurs to fall to 14th place—and more ominously, just two points from safety. Danny Ings managed to get the Saints level shortly after going up a man, but Harry Kane got the eventual game-winner just four minutes later, adding to what could be a relegation season. Southampton will want to right its ship quick.