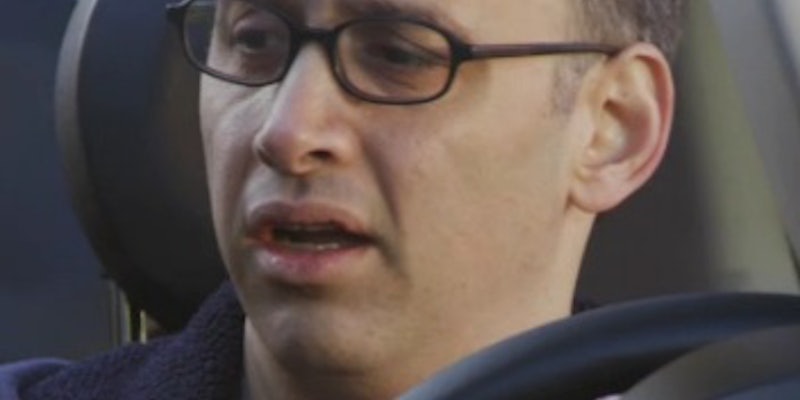 If you've been waiting for "Wainy Days" to return, you're in luck. This Web sitcom already has a great fanbase.

Awkward guy has a hard time getting the girl —it’s a trope you’ve seen before in countless sitcoms and movies.

David Wain’s “Wainy Days” manages to keep that played-out storyline fresh —so fresh in fact, that the Web series is back for a fifth season, and even managed to snag it’s first official sponsor, the car company, Fiat.

Web video series have a flash-in-the-pan reputation. But “Wainy Days,” a Web series starring comedian and writer Wain—best known for writing Wet Hot American Summer and the Cartoon Network series “Children’s Hospital”—has been going strong on My Damn Channel since 2007.

Much of the success of ‘Wainy Days” lies in Wain’s genius.

“We let David do exactly what he wants, and this formula has now won over a very hot brand,” My Damn Channel Founder/CEO Rob Barnett said in a press release about Fiat’s sponsorship.

“David Wain knows how to tell a comic short story that works on its own, but every episode gives fans hooks and handles that tie this series together and make us all a part of his constant romantic pursuits,”  added Barnett in an e-mail to the Daily Dot.

TubeFilter, a YouTube-centric Web publication, describes Wain as the “catnip among a class of comedy nerds,” and Perks, the Musical blog, describes Wain as “21st century working class descendant of Woody Allen,” adding that the strength of Wainy Days lies in its “character-based comedy.”

The series airs every Monday until the first week of January.

YouTubers have already taken to expressing their joy at the show being back in the comments section. (Wain put the series on an 18-month hiatus while he wrote Wanderlust, an upcoming comedy starring Jennifer Aniston and Paul Rudd.)

My Damn Channel hardly has the subscriber base to compete with other YouTube celebrities like Ray William Johnson, Shane Dawson, or even iJustine, but its subscriber base is, at least, dedicated.

“‘Wainy Days’ has proven to be a series that’s outlasted most because there’s a real and large fan base who trust David Wain to deliver the goods every time,” Barnett said in his e-mail.

Part of the appeal too, lies in the guest stars.

Celebrities who have appeared in previous seasons include big-name talent like Rashida Jones of “The Office” and “Parks and Recreation,” Elizabeth Banks of “Scrubs” and “30 Rock,” Michael Showalter of Wet Hot American Summer, Nick Offerman (Ron Swanson) of “Parks and Recreation,” Jonah Hill of Superbad and Knocked Up, and Paul Rudd from The 40-Year Old Virgin.

Wainy Days won the 2008 Webby Awards, and the 2010 Streamy Award for Best Writing for a Comedy Series.

My Damn Channel, an entertainment website founded by Barnett in 2007, was named one of the best websites of 2011 by TIME magazine. And a little over a month ago, My Damn Channel announced it would be joining other top-notch channels as part of YouTube’s multimillion-dollar initiative bringing professionally made 30-minute content to the site.