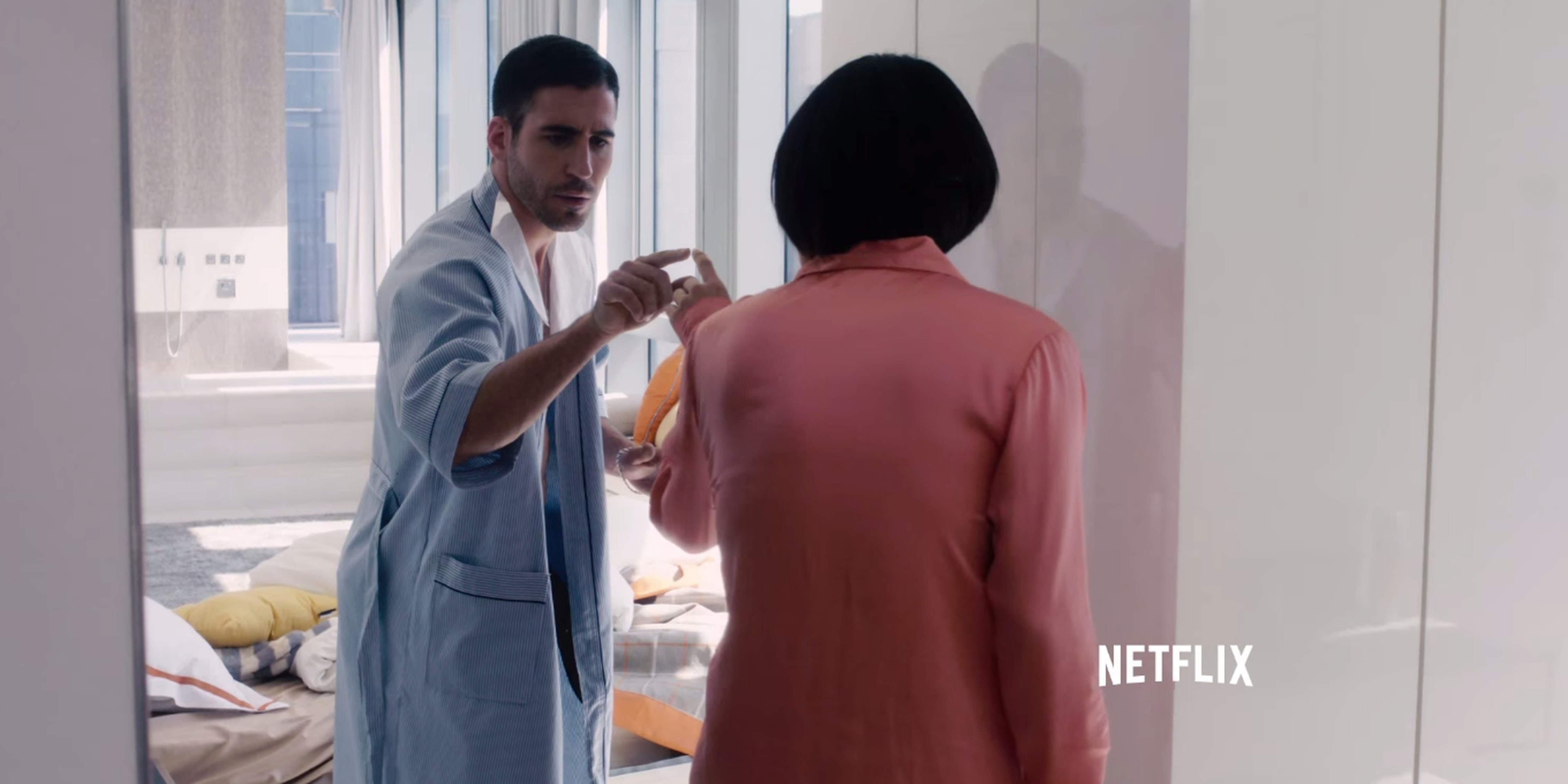 The creators of 'The Matrix' and 'Babylon 5' joined forces to make this new sci-fi series for Netflix.

The first trailer for Netflix’s Sense8 is here, marking the Wachowskis’ small-screen debut.

The show debuts on June 5, and sounds like it will be refreshingly ambitious compared to a lot of current sci-fi programming. For starters, it was filmed all over the world using a cast of international actors, playing characters ranging from a closeted Mexican telenovela star to a Korean businesswoman (regular Wachowski collaborator Doona Bae), an African bus driver, and a transgender American blogger. The trailer gives us a glimpse of each of the Sense8 eight, showing how they begin to share one another’s experiences and skills.

(Yes, that is Daryl Hannah in the pale dress during the party scene. This show’s cast is kind of intriguing in itself.)

This trailer looks surprisingly normal for a show co-created by the Wachowskis, even a little (dare we say it) reminiscent of NBC’s Heroes. However, we’re confident that Sense8 will be a lot more unusual than it first appears.

The Wachowskis have a reputation for going the extra mile in terms of visual effects (The Matrix) and storytelling styles (Cloud Atlas), and early interviews indicate they’ve let their creative tendencies run wild after escaping the studio oversight at Warner Bros. We already know the show includes live birth scenes and a Bollywood dance sequence, for example.

Speaking with BuzzFeed, Straczynski said: “It’s a planetary story that shows we are better together than we are apart.

“Culturally, particularly in the last five, ten years in this country particularly, we’ve been marginalized and factionalized in each inch of our lives. Politically, in terms of our discourse about sexuality and gender. We thought we need to do something that deals with us as a species.”

We recommend clearing your calendar for the weekend Sense8 comes out. Netflix just made its first truly original sci-fi series, and it got precisely the right people to do it.

Correction 11:18am CT: An earlier version of this article included an inaccurate headline. The Wachowskis are Lana and Andy Wachowski.