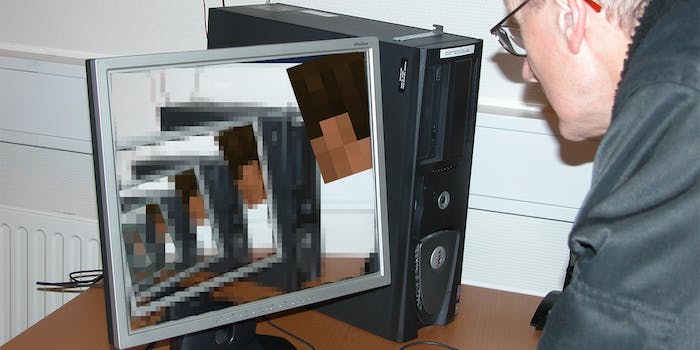 In the world of ‘virtual computing,’ IT meets ‘Inception’

The video game community has a proud history of pushing games to their absolute limits: hacking, modifying, exploiting, and building in ways never intended or even imagined by game designers.

For some, the challenge lies in modifying the game to suit their own vision, like Skywind, a project to remake the classic Elder Scrolls title Morrowind within the Skyrim game engine. Others try to subvert the game’s mechanics from within or take the game’s limits to to their extreme. Just check out the ongoing attempt to model the entirety of Tolkein’s Middle Earth in Minecraft.

But for others, the aim is more ambitious still. Enter “virtual computing.”

In a level of self-reflection worthy of a David Foster Wallace novel, there are online communities dedicated to the modelling of virtual computers, and even running games on these computers, inside other games.

Using the principles of computer science, devotees are building fully functioning computers by exploiting the underlying mechanics of different games. Though they may be wired with virtual “redstone,” or powered by virtual water, most of them could (with the right materials) theoretically by replicated in the real world and deliver the same results.

While these “computers” are typically constructed without modifying the game, they nonetheless lend themselves to PC gaming, given the ease of sharing designs and saving files. As a PlayStation 3 exclusive, the computing community in Little Big Planet is somewhat of an oddity.

Using an absurdly complex system of pulleys, gears, and levers, YouTuber upsilandre has successfully simulated an 8-bit calculator capable of double-digit addition and subtraction in the game.

Other users have built their own versions, as well as digital clocks.

For more complex and difficult constructions however, we must look to PC gaming. And when it comes to difficulty of construction, there’s none more challenging than Dwarf Fortress.

For the uninitiated, Dwarf Fortress is a civilization-building game like no other. It was one of Minecraft‘s inspirations, but it bears a closer resemblance to The Sims—if your sims were alcoholic, short-tempered, violent dwarves. Its complexity puts every other game to shame, modelling everything from procedurally generated histories spanning thousands of years and tens of thousands of figures to the shape of the bridge of each dwarf’s nose. It’s also all rendered entirely in incomprehensible ASCII characters and has a learning curve steeper than an overhanging cliff. 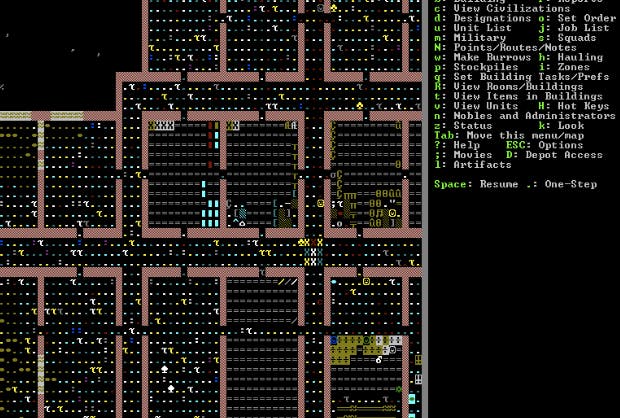 The computing prowess displayed by some members of the community would in any other game be incredible, but to have achieved them in Dwarf Fortress is simply unbelievable. Using a complex system of mechanisms, flood gates, gears, and pressure pads, players have created working logic gates, calculators with graphical user interfaces, and more. 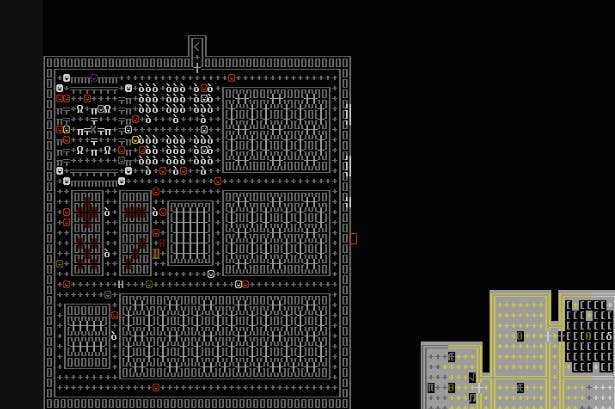 In an attempt to gauge the expertise required to build these things, I booted up Dwarf Fortress. On my first go, I forgot to pack any seeds for my dwarves, which resulted in there being no crops or food. Everybody died. On my second go, a failure of farm management lead to too much food, resulting in every barrel in my fortress being filled with mushrooms, prompting alcohol withdrawal symptoms in my dwarves and a brutal spiral of vandalism and murder. Everybody died. On my third go, a misplaced channel suddenly submerged my dining hall in magma. Everybody died.

So trust me then when I stress how impressive the work of “Jong” is. The user managed to build a fully functioning and programmable 8-bit computer complete with its own machine language in Dwarf Fortress, with no prior knowledge of computer science. (Blueprints for the curious can be found here.)

The crown, however, must go to LordOOTFD, who found typical dwarfish power sources inadequate for his needs. Instead of manipulating pressurized water as his analogue for electricity, he powers his creations in a very different fashion: hundreds upon hundreds of kittens. 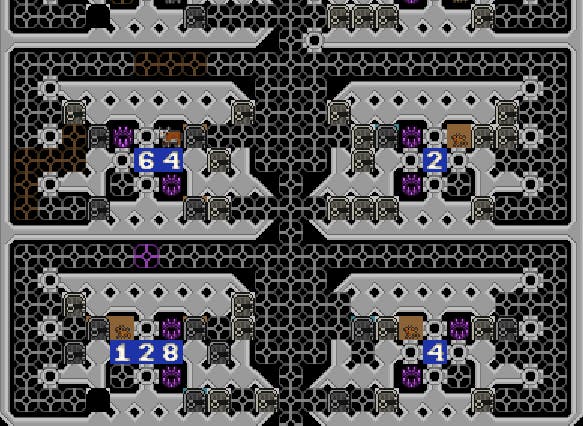 A kitten- (and cow)-powered 9-bit adder in Dwarf Fortress with a tileset.

Whilst Little Big Planet‘s creations give you a taste for what is possible, and Dwarf Fortress‘s computer-builders deserve a medal for their masochism as much as their achievements, it is in Minecraft where the art has truly been perfected.

To give one mind-boggling example, Hans Lemurson has taken the virtual-computing craze to its meta conclusion: Minecraft in Minecraft. OK, so it’s a rough approximation rather than the real deal, with the player represented by a single block in a two-dimensional world. But using a button interface and a labyrinth of redstone circuitry, Lemurson’s version of Minecraft includes the ability to both destroy and create blocks, gravity, collision-checking, and an infinite world.

Playing on the unique conducive qualities of the in-game material “redstone,” players use torches triggered by buttons and levers—and sometimes even fully functioning keyboards—to transmit lines of machine code through self-designed circuitry. They’ve replicated every aspect of computers we know, from CPUs to GPUs, RAM to ROM. 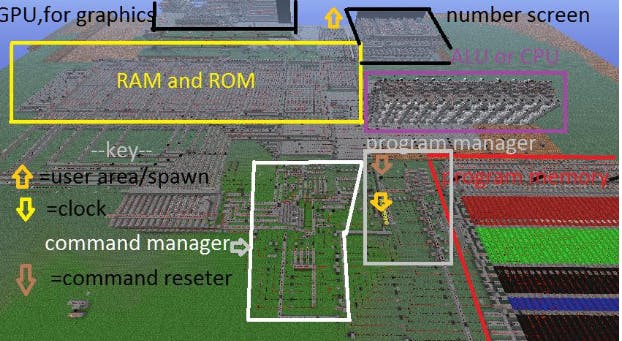 Don’t let the multiple-second lag on these virtual machines fool you: They are insanely powerful. They can run word processors, scientific graphing calculators, games, and music. Just a few decades ago, these computers would’ve been unimaginable in reality, let alone simulated within a game.

But you might feel that this looks a little outdated. After all, who uses desktop computers anymore? If that’s the case, then this project might be more up your street:

It’s a Minecraft iPhone. Making use of the recently introduced control blocks to radically reduce build size (if not the technical knowledge required), it has 22 functional apps, including Paint, Blackjack, and Music. It also has a customisable lock-screen code. It has everything.

What’s that, you’re still not impressed? Try this:

What drives people to build such mammoth, seemingly pointless creations? Because they can.

“Why not?” Minecrafter stupidjesse retorts. “[W]e can pride ourselves in knowing we made something awesome.” Boredompwndu echoes his sentiment: “because we can, and the resources exist to do it.”

Really, what more reason do you need?