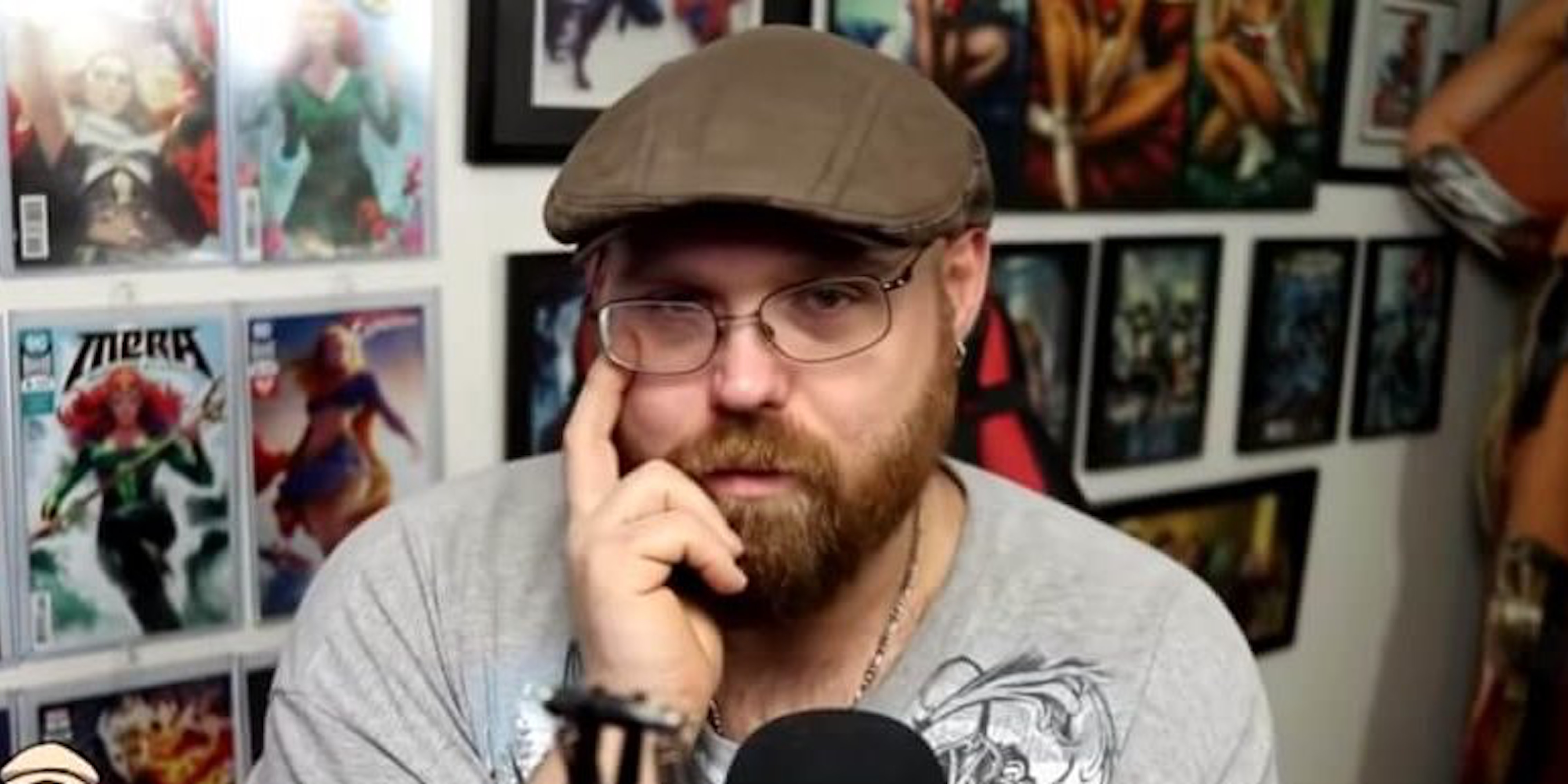 'Welp, I'm the most hated person on the internet.'

Last night’s best picture Oscar win by Parasite was a historic moment in cinema history. The Korean subtitled movie about greed and class discrimination was the first foreign-language film to win the Academy Award’s highest honor.

Parasite’s triumph inspired extreme reactions ranging from exuberance to rage, and YouTuber Robert Storms was firmly in the latter camp.

A video of him ranting about Parasite’s win has gone viral for all the wrong reasons. As of this writing, a clip circulating on Twitter has more than 600,000 views. Most commenting vehemently disagree with his take.

Storms did not respond to requests for comment from the Daily Dot.

“I really want this video to get the exposure because I’m a little bit upset,” Storms says in the beginning of the video, called “Oscars Goes Full Woke…..Parasite wins BEST PICTURE!!!!”

Storms proceeds to go on an expletive-filled rant implying that few Americans saw the movie, and opining that Parasite shouldn’t have been considered for best picture.

Storms says he wanted Joker to win but would’ve been fine with any of the other nominated films taking home the Oscar, such as Little Women, Ford v. Ferrari, or even Shazam!, which wasn’t nominated for best picture.

“It pisses me off because Joker, let’s talk about Joker,” Storms says. “What is more important to our culture than the Joker, about a movie that talks about mental illness not being taken care, taken seriously, about how people in high places look down and frown upon the poor, the poverty and people with mental illness, about how we need to take more seriously?”

He then accuses the Academy of voting for Parasite to prove how “woke” it is.

Reaction to Storms’ video was swift and passionate.

People insulted his intelligence, appearance, and views on race. Some noted the correlation between gamer culture and the far-right.

Several pointed out that both Joker and Parasite deal with the divisions between economic classes.

“’Joker’s a movie about our times, man!!! About how the rich need to be stopped, maaaan!!!'” one person sarcastically commented on YouTube. “You should probably watch Parasite, dude.”

Another said, “Man you could’ve just done a little research on Parasite instead of embarrassing yourself like this….”

this mofo be like: i haven’t seen parasite. joker is better, then proceeded to describe what parasite did successfully that joker couldn’t

This is so funny, but I love how this guy hates Parasite and loves Joker because Joker is "about how people in high places look down on people in poverty."

Parasite is currently at a $167.6 million international box office take, so honestly WAY more people have seen it than a lot of Best Picture winners at the time they won. https://t.co/szNO2cH2Bz

This isn’t Storms’ first dalliance with commentary that some find offensive.

“Look guys, I’m not a racist. I’m farthest from being racist you’ll ever meet,” Storms says. “My main point: The fact that she’s half Black does bother me. It’s not insomuch as a racial thing.”

Within hours of posting the Parasite video, Storms apologized. He said his point wasn’t that Parasite is a bad movie, but that he believes the Academy should reexamine how it categorizes movies.

“I know I upset many of you and I’m sorry, but I stand by my video,” he wrote on YouTube. “I hope you all won’t unsubscribe, but if you do I’ll understand.”

On Twitter late last night, he lamented, “Welp, I’m the most hated person on internet.”

Storms was more defiant this morning.

“Okay everyone, first thing is that I’m not a racist,” Storms tweeted. “Anyone who knows me knows that is false.

“Secondly I did not criticize #Parasite like at all. My video was me being upset at the Oscars not Parasite.”