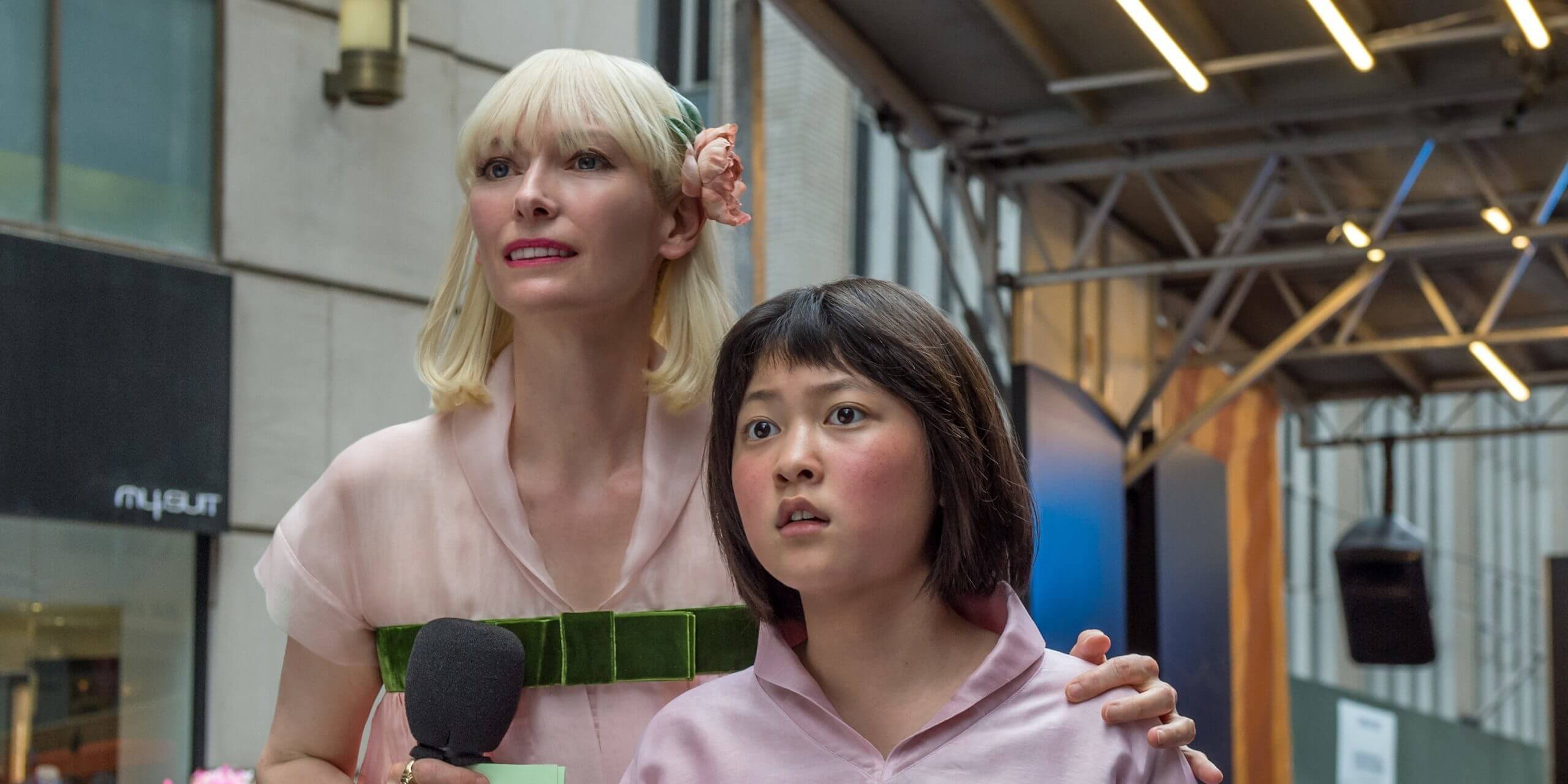 Which Bong Joon-ho movies should you watch after seeing ‘Parasite’?

Based on what you loved about 'Parasite,' here are our recommendations for other Bong Joon-ho movies!

After Parasite’s historic night at the 2020 Oscars—winning best picture, best director, best original screenplay and best international film—a lot of people are about to discover the wonders of Bong Joon-ho’s filmography. So, where do you start?

South Korean writer/director Bong Joon-ho has directed seven movies to date: Barking Dogs Never Bite, Memories of Murder, The Host, Mother, Snowpiercer, Okja, and this year’s smash-hit Parasite. Most of these films are in Korean, with the exception of Snowpiercer and Okja, which are predominantly in English and star an international cast. In many ways, Parasite is a culmination of ideas he’s explored throughout his career: criticism of capitalism and the ruling classes, and a skill for combining absurd comedy with dark, disturbing scenarios. He’s also a cross-genre filmmaker, which explains why some people experienced Parasite like a horror movie, even though it’s technically a drama. Bong’s work ranges from weird sci-fi to gritty real-life crime dramas, and depending on your favorite elements of Parasite, we can recommend which of his other movies to try next.

All of Bong Joon-ho’s films are political, but Snowpiercer is the most explicitly obvious: a surreal dystopian thriller that offers an experimental riff on the ideas we saw in The Hunger Games. Based on a French graphic novel, it takes place on a train populated by the last survivors of an apocalyptic ice age. The train travels constantly around the snow-covered world, with the passengers divided into different carriages based on social class. Chris Evans, Octavia Spencer, and Jamie Bell play characters from the poverty-stricken carriage at the back, while aristocrats live easy lives at the front of the train. Tilda Swinton and Bong’s longtime collaborator Song Kang-ho (the father from Parasite) also appear in key roles.

Snowpiercer starts off as a traditional blockbuster about an action hero (Chris Evans) leading a revolution against an oppressive regime, but the story is more complex and subversive than it seems. As the heroes battle their way to the front of the train, their experiences reveal nuanced commentary on how hard it is to change a toxic society. Production design and costumes are especially important, exaggerating the divides between rich and poor, and making the most of a restrictive setting that Bong uses to great effect during action scenes.

Snowpiercer is available to stream on Netflix, and to buy/rent on Amazon, iTunes and most major services.

Memories of Murder follows a familiar premise: a ripped-from-the-headlines crime drama about a serial killer who targets attractive young women. It’s Korea’s equivalent to the David Fincher movie Zodiac, although Memories of Murder actually came first. Set in rural Korea in the 1980s, it stars Song Kang-ho and Kim Sang-kyung as a pair of detectives tasked with finding a serial rapist and murderer. But beyond that, it couldn’t be more different from your typical crime thriller, American or otherwise.

The film’s central theme is police incompetence, with Song Kang-ho’s local cop screwing up on every possible level: shoddy detective work, laziness, hubris, sexism, and rampant police brutality. Kim Sang-kyung plays a more skillful detective from the big city, but Bong avoids turning him into a Sherlock Holmes figure trying to outwit a superhuman villain. The killer (who in real life wasn’t caught until 2019) is implied to be an average guy who gets away with his crimes because the police just aren’t good at their jobs. Which is, needless to say, the polar opposite of most crime dramas, even the ones with a relatively cynical view of law enforcement.

Despite the dark subject-matter, Memories of Murder is, like most of Bong’s films, often very funny. Song Kang-ho has a rare talent for bringing charisma and sympathy to unpleasant and unimpressive characters—like his goofy slapstick protagonist who is very much not the hero of this story.

Memories of Murder is available to stream on Popcornflix.

Like Memories of Murder, The Host is an idiosyncratic and subversive twist on a popular subgenre, in this case a Godzilla-style disaster movie. It also stars Song Kang-ho, in a role that overlaps with several of their other collaborations: a messy and unheroic father who tries to protect his family in bizarre circumstances. In this case, he plays a middle-aged slacker who works in a convenience stall owned by his father. When an amphibious monster emerges from a nearby river and kidnaps his daughter, he has to try and get her back, despite having no survival skills.

The Host is perhaps the most accessible of Bong’s films, which is why it became his international break-out hit among sci-fi/horror fans. It’s a straightforwardly entertaining monster movie with a quirky and well-drawn cast, but like other films on this list, it shares a critical view of law enforcemnt and governent officials. The main characters, a working-class family, are overlooked by the authorities during a disaster that was loosely inspired by a true story: a scandal where a Seoul mortician was ordered by the U.S. military to dump formaldehyde waste into the sewers. (Obviously the real events didn’t result in a mutant river monster.) Like many of his films, The Host includes violent clashes between riot cops and young protesters, echoing Bong’s own experiences during college in the early 1990s.

The Host is available to stream on Hoopla and Tubi, and to rent/buy on YouTube and iTunes.

There’s a comical side to all of Bong Joon-ho’s work, and if you liked the funnier moments of Parasite, you might want to try Okja next. Released by Netflix, it’s his second English-language international feature, starring child actress Ahn Seo-hyun and an ensemble cast including Tilda Swinton, Jake Gyllenhaal, and Steven Yeun.

It’s an initially lighthearted story whose darker side sneaks up on you as the film progresses, following the exploits of a young girl, Mija, who adopts a giant genetically modified pig-hippo, Okja. She sees Okja as her friend, but Okja is a corporate product, designed to provide as much meat as possible. The general vibe is like if Charlie and the Chocolate Factory ended up in a slaughterhouse, with zany subplots about eco-terrorists and Jake Gyllenhaal playing an aggressively weird TV presenter.

Okja is available to stream on Netflix.