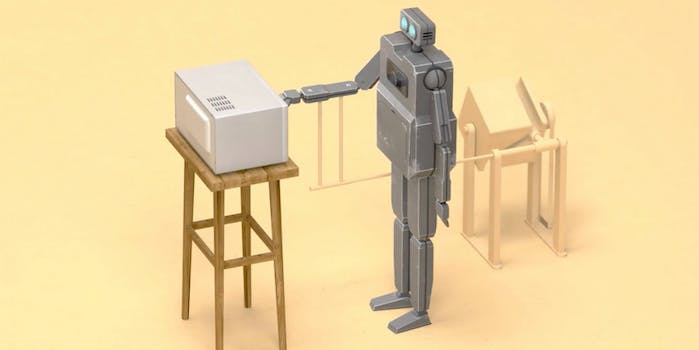 The animation features a group of autonomous robots going about daily, mundane tasks through repetitive, mechanical movements. As the speed picks up, and the robots work more feverishly against the clock, things start to go downhill.

The clip is short and simple, but manages to truly reveal a larger truth about today’s society in less than four minutes.