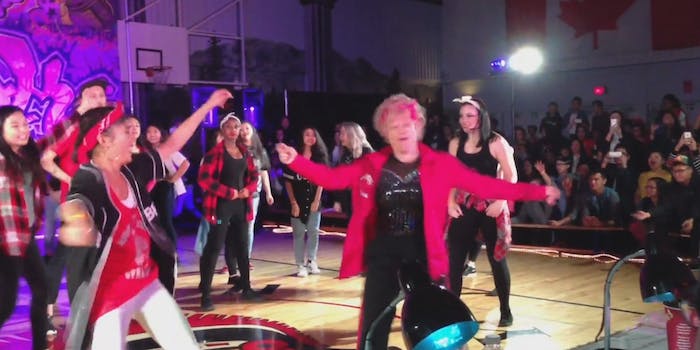 You thought the trend for “Uptown Funk” videos had been and gone? No. You were wrong. So wrong. “Uptown Funk” is still alive and kicking, and its latest viral star is a 60-year-old dance teacher from British Columbia.

High school dance teacher Shirley Clements has been organizing a local dance contest called Outbreak for 19 years, and took to the stage one last time before her retirement next year. Her energetic routine to “Uptown Funk” is guaranteed to put a smile on your face, and has the crowd yelling for more.

Make sure you keep watching until the breakdancing section.

Yep, this lady is definitely a better dancer than you.