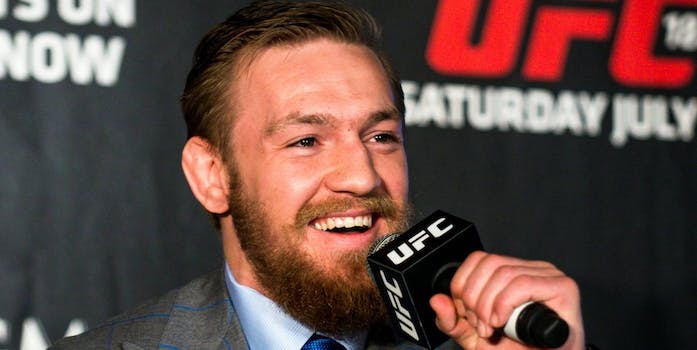 McGregor still seems unhappy with his promotional duties, though.

A few days after announcing his retirement on Twitter, Conor McGregor, the biggest current star in MMA not named Ronda Rousey, has taken to Facebook to announce that he’s actually not retiring and to give the reasons why.

The McGregor fiasco truly began when he was beaten by Nate Diaz in UFC 196 in March. The two were scheduled to have a rematch in UFC 200 on July 9, but on Tuesday, McGregor made this stunning announcement.

I have decided to retire young.
Thanks for the cheese.
Catch ya's later.

The MMA world was stunned, especially when Diaz responded thusly.

I guess my work here is done I'm retiring too✌🏼️👊🏼

Presumably, Diaz’s tweet was a joke. Especially now that McGregor followed up on Thursday with this Facebook post in which he decried how much promotional work he’s done—and will have to continue doing—for the UFC in order to bring in, in his words, “the $400 million I have generated for the company in my last three events, all inside 8 months.”

Since his short-lived retirement, there were reports that 27-year-old McGregor had wanted a $10 million guarantee for his rematch with Diaz but that the UFC declined (the organization reportedly has never paid any fighter that much for a single bout). UFC President Dana White also had said that he pulled McGregor from the card, because “nobody is exempt from promoting their fights.”

Ok no more games.
I am going to release a statement shortly.

With the tone of his post and with the insinuation that he’s not going to replace the hard work of training with the hard work of promoting the event, it’ll be interesting to see how McGregor’s relationship with White and with the UFC organization moves forward after this. But MMA fans had to be pleased Thursday: One of the most-popular fighters will return to the Octagon after all.