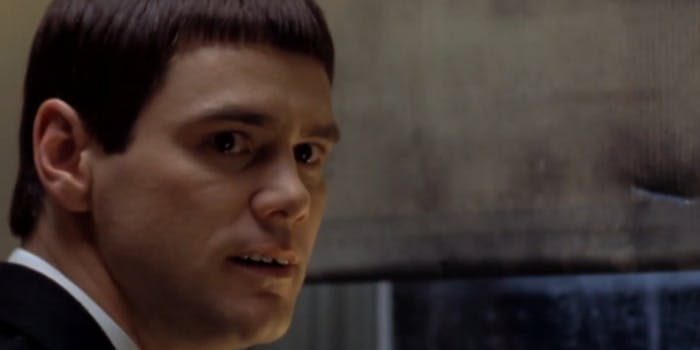 1 chipped tooth has the Internet buzzing over a movie sequel

"If they can make it even half as good as the original Dumb and Dumber was, then it'll be the best comedy of the year."

Does this Twitter photo mean we get a new Dumb and Dumber?

Jim Carrey shared a photo of his (very real) busted fang on Twitter as he starts work on the follow-up to Dumb and Dumber. His costar Jeff Daniels confirmed the sequel in July, but the photo Carrey’s broken tooth, a hallmark of his character Lloyd Christmas, is the irrefutable proof for many that Dumb and Dumber To (sic) is going in front of cameras.

Redditors, many of whom would have been the perfect age to appreciate the Farrelly brothers’ brand of lowbrow humor when their directorial debut was released in 1994, fawned over the return of Christmas and Harry Dunne.

“If they can make it even half as good as the original Dumb and Dumber was, then it’ll be the best comedy of the year. I am excited,” wrote Dorian182.

“Given how many times they must have asked him and how many scripts he’s probably rejected, I bet it’s gonna be awesome!” enthused erikthemighty.

Many quoted the original movie to show their excitement, though others, perhaps with the critically maligned (10% positive reviews on Rotten Tomatoes) prequel Dumb and Dumberer in mind, had more tempered expectations.

[Dumb and Dumber is] a movie I watched almost daily as a kid and still never fails to make me laugh,” said literaryboner “It’s a movie I will probably love forever. But obviously to expect the same from any sort of reiteration or revival of the franchise would be foolish.”

Meanwhile, as one redditor pointed out, some of Carrey’s Twitter followers had no clue what the tooth photo referred to. 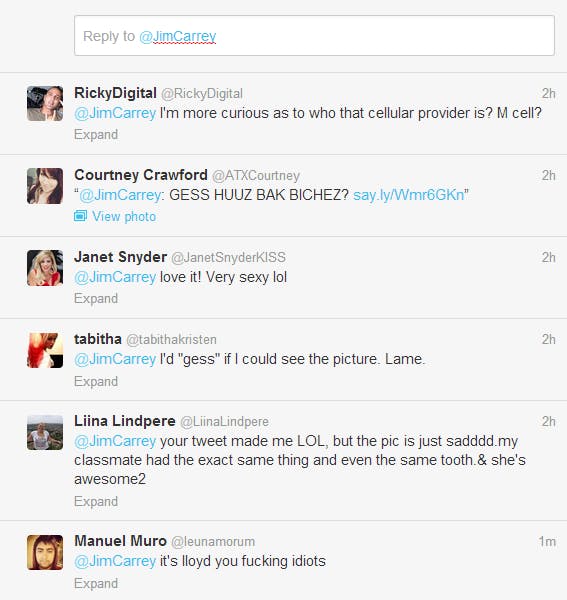