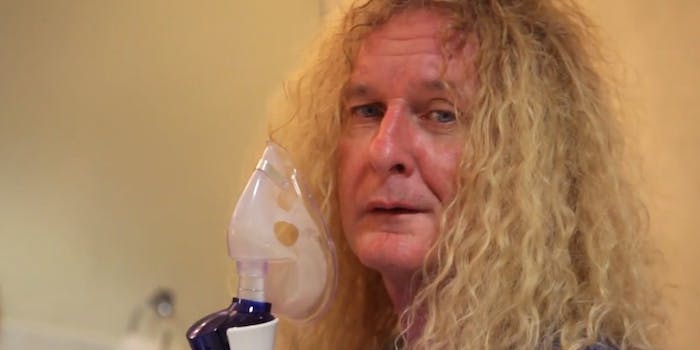 From Fan Halen to Led Zepagain, tribute bands are a powerful nostalgic force in the live music scene. Warner Music pays tribute to those tributes in its new YouTube series on the Live from the Living Room channel.

Tribute bands are not the same as cover bands, as Derek Fuller (Eddie Van Halen) from Fan Halen explains in the first episode. The distinctive difference is a tribute band does more than just play songs by their idols; they also dress and act the part. They’re not playing in your mom’s basement, either. They headline iconic venues like the Viper Room and perform to huge crowds in Las Vegas. Ernie Berru (David Lee Roth) from Fan Halen says it best: “We’re kind of like Civil War reenactors.”

The six-episode series will roll out weekly, with one episode fully devoted to die-hard fans of the tributes themselves.

Screengrab via The Warner Sound/YouTube