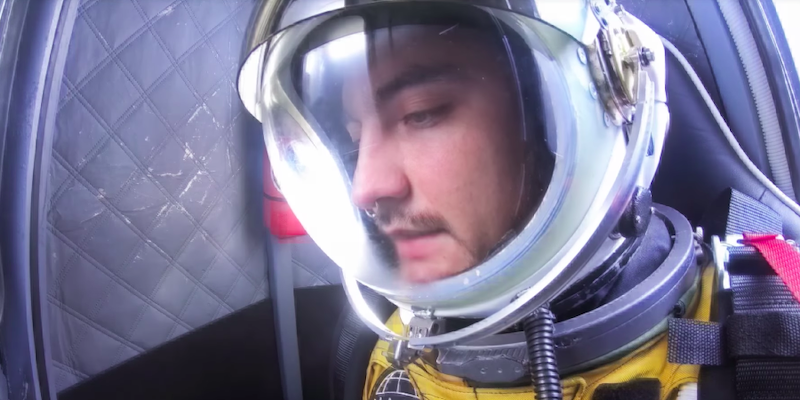 Towkio's on top of the world—literally—and his debut album is one of the best releases of the year.

“World in your palms, stare at your shoes, never looked in the stars,” raps Towkio on the ebullient dance-rap banger “Hot Shit,” off his debut studio album, WWW. The irony is palpable: On Feb. 21, Towkio strapped himself into a helium balloon and traveled more than 92,000 feet into the air to premiere WWW. Not only has he looked in the stars, but he’s traveled among them.

WWW. follows Towkio’s 2015 mixtape .Wav Theory and a handful of EPs. The Rick Rubin-produced project explodes with lush beats, ebullient raps, and impeccably crafted hooks, owing an obvious debt to fellow Chi-Town rappers Chance the Rapper and Kanye West, the latter of whom Towkio—whose real name is Preston Oshita—cited as one of his biggest influences.

The helium balloon stunt isn’t the first time Towkio’s cheated death in the name of art, either. He narrowly escaped crooked cops and a devastating earthquake in Mexico, and he hung precipitously out of a speeding car in Hawaii for his “Drift” video.

But if these antics seem ridiculous or wholly unnecessary to the casual onlooker, Towkio considers them crucial to his artistic growth. With God—and modern technology—on his side, he’s got nothing to fear. As he recently told Noisey:

Listen to Towkio’s own boundary-pushing WWW. below.