Hunting down the stars of ‘Too Many Cooks,’ one year later

Their stories tell a fascinating tale of modern viral fame.

One year ago Thursday (Nov. 5), a video was uploaded to YouTube that would slice through pop culture’s collective conscience like a sharpened machete through a tennis-playing yuppie. It was called “Too Many Cooks,” and it was simultaneously familiar and unlike anything ever seen before. The New Yorker praised it as “a postmodern satire of television and Web culture,” The Boston Globe compared it to food poisoning—and of course, both were right.

To celebrate the one-year anniversary of this inescapable earwig of entertainment, Zap2it hunted down the Cooks like a demented killer hiding behind the sofa. Collectively, their stories tell a fascinating tale of modern viral fame—and living with the consequences.

“The set itself was really cool because it was designed to look like a home from the 1980s,” says Morgan Burch, the child actor who appears at 0:21 (like all the “TMC” actors, her real name was used in the credits). “I never saw the entire script, so watching the show was a surprise for me.”

RELATED: CNN’s ‘Too Many Cooks’ parody is the 2016 election video we all need

“We were all laughing our a**es off when we were shooting a bunch of different make-out configurations,” recalls Mary McGahren, whose part at 1:25 was listed as “Mom 2” when they filmed. “They had me making out with a princess, she was making out with a lizard.”

Like many of the people on camera, Burch and McGahren were aspiring actors in the Atlanta area who took occasional work as an extra—typically, a non-speaking background face. Most of them were clueless as to what they were filming and couldn’t conceive that more than a year later millions would watch them, celebs like Zooey Deschanel and Billy Eichner would post video of themselves singing their theme song, and Guardians of the Galaxy director James Gunn would fanboy all over their work.

Too many cooks with @billyeichner

“It absolutely blew my mind when it started receiving millions of hits,” marvels Marc Farley, the sadsack office worker getting dumped on at 1:54. “It was really cool being a small part of a big viral phenomenon.”

“Psychologically it was a real boost, since I had been auditioning with my first agent for a few months at that point and had invested a lot in classes a couple years prior, as well as headshots, nonpaying jobs, films that never get made or get made badly and you can’t use; all the stuff actors have to do,” explains McGahren. “It was truly fantastic to see that something like this could happen… It gave me a sense of legitimacy, because so many people knew about it.” 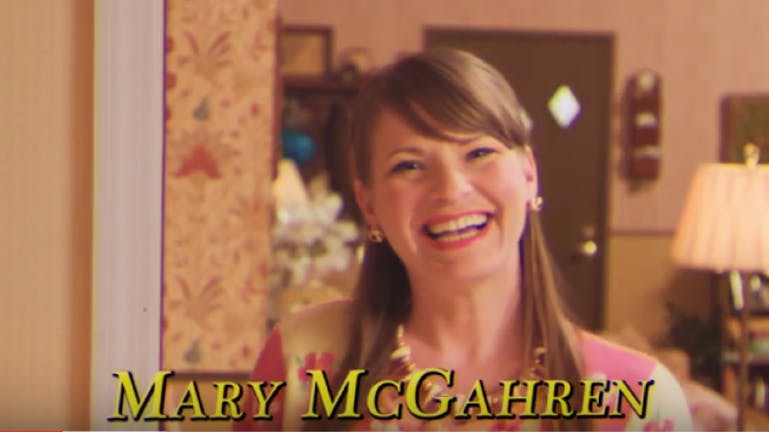 But another thing that many of the actors didn’t know was how violent, twisted, and absurd the end result would become. “There is one scene I am in with the killer, and even I didn’t know he was right beside me until I watched the show,” marvels Burch, praising the Adult Swim mastermind who wrote and produced the project. “Casper Kelly is a creative genius.”

“No one knew what it was except for me,” adds William Tokarsky, the machete-wielding killer who filmed his role in three 12-14 hours days. “It was unreal as to the creative drive on set.”

“I ran so much,” remembers Katie Adkins, who at 4:41 has perhaps the most prominent role in “Cooks” as the “victim” who runs for help from Tokarsky before making the ill-advised decision to hide in a closet. “First I was too fast, then I was too slow, and I had to adjust to this weird half-jog thing I was doing, which was probably why I looked so weird running.” 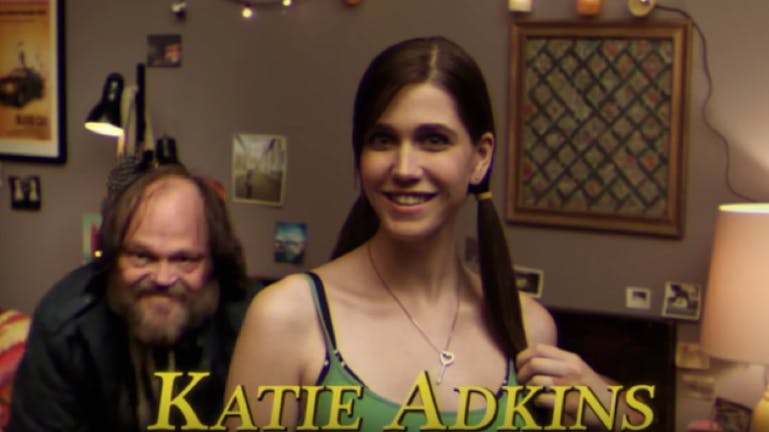 Out of all the “Cooks,” perhaps the most successful in the past 12 months has been Katelyn Nacon (the headphones-wearing daughter at 0:15), who has a recurring role on one of TV’s biggest hits. “I got the audition before ‘Cooks’ even aired,” she says, insisting that the viral hit didn’t impact her subsequent success. “I was already filming on set for The Walking Dead when [‘Cooks’ came out],  so it didn’t play a part in me getting the part of Enid on the show.”

Burch, meanwhile, has filmed a recurring role on The Astronaut Wives Club and a part in the upcoming Jennifer Garner film Miracles From Heaven, both jobs that she credits to her “Cooks” visibility. Adkins and Foley, however, say that their careers haven’t changed much. Most of these aspiring actors have continued reaching for fame, although they sometimes find it as elusive as Smarf’s quest to push that red button.

“I had a director on a project last summer come find me on set to tell me how much he loved ‘TMC’ and was so excited to have me there,” says McGahren. “Oddly enough, there was another guy from ‘TMC’ on set as well.”

RELATED: Every ’90s commercial ever; ‘Too Many Cooks,’ what have you started?

“It sure as hell did not hurt my acting career,” explains Tokarsky. “I know there is an MTV show out there for me, about some high school students with this creepy old janitor lurking behind the lockers with potential mayhem in his mind. Typecasting does not scare me.”

“I think of it as a funny footnote in my career,” says Victoria Sun, the topless victim of a Peeping Tom at 1:48. “I am extremely grateful for its overnight success.” 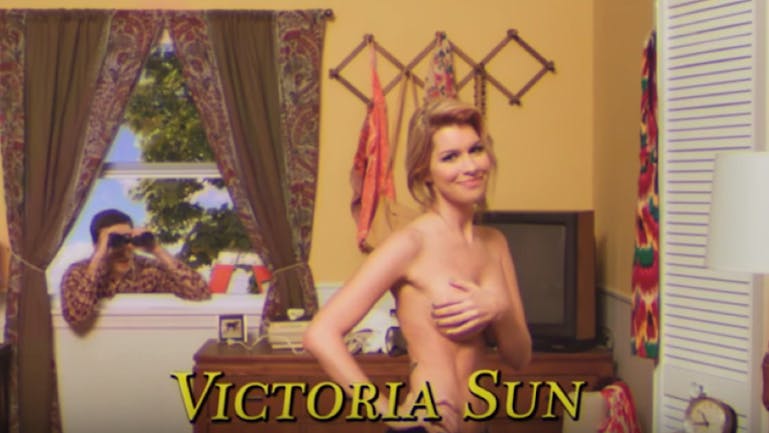 But even those Cooks who haven’t lined up starring roles in major films admit that the unorthodox project gave them something nearly as good: the kinds of stories they’ll someday be telling their grandkids.

“I was visiting some friends in Orlando and they invited me to a party,” remembers Adkins. “One guy there recognized me from ‘TMC,’ and then everyone freaked out on me. The guy shouted ‘Oh my God, I have a machete in my car. Can I take a picture with you?’”

Trying to oblige a fan, Adkins soon found herself sitting in a closet with various strangers, each threatening her with a deadly weapon. “He brought out a legit machete and had me pose,” she laughs. “People took turns taking photos with me in the closet.” 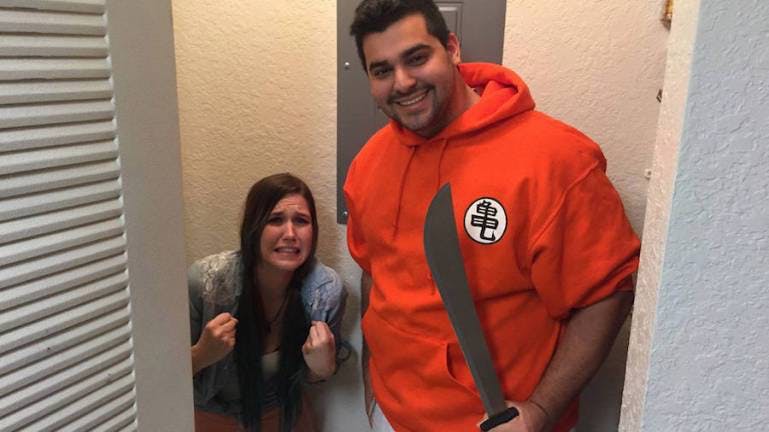 Adkins poses with a fan

“My fanbase is in a much younger generation than the normal folks I hang out with,” explains Tokarsky. “The people I go to [senior citizen exercise class] Silver Sneakers with at the gym have never heard of ‘Too Many Cooks’ and pay no attention to me at all. But the pretty young lady that teaches the classes makes sure that she and I are never alone in the gym.”

“I’ve become a household word among the stoner set,” he adds. “I was a living meme before I even knew what a meme was.” 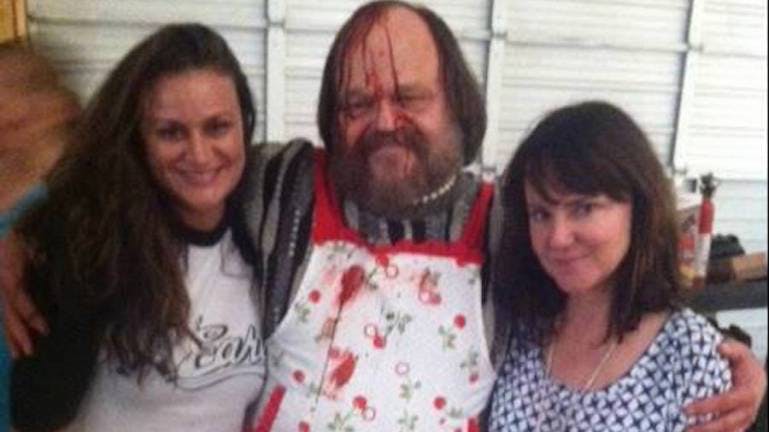 “A fan from Paris messaged me, telling me that his professor was talking about the show in class,” Burch recalls. “He said they spent the entire class time talking about ‘Too Many Cooks.’”

But one additional, unexpected thing has also occurred in the past year. Interviewed separately for this story, almost every “Cooks” actor went out of their way to say they had created lasting friendships on that unorthodox Atlanta set. Check out many of the actors’ Facebook pages, and you can see them regularly interacting—and actively dismissing a key lyric in their impossibly-catchy theme song.

“The majority of the castmates have become sort of a family. I love how this brought about the most unlikely friendships and lasting ones,” says Sun. “Too many cooks does not spoil the broth.”